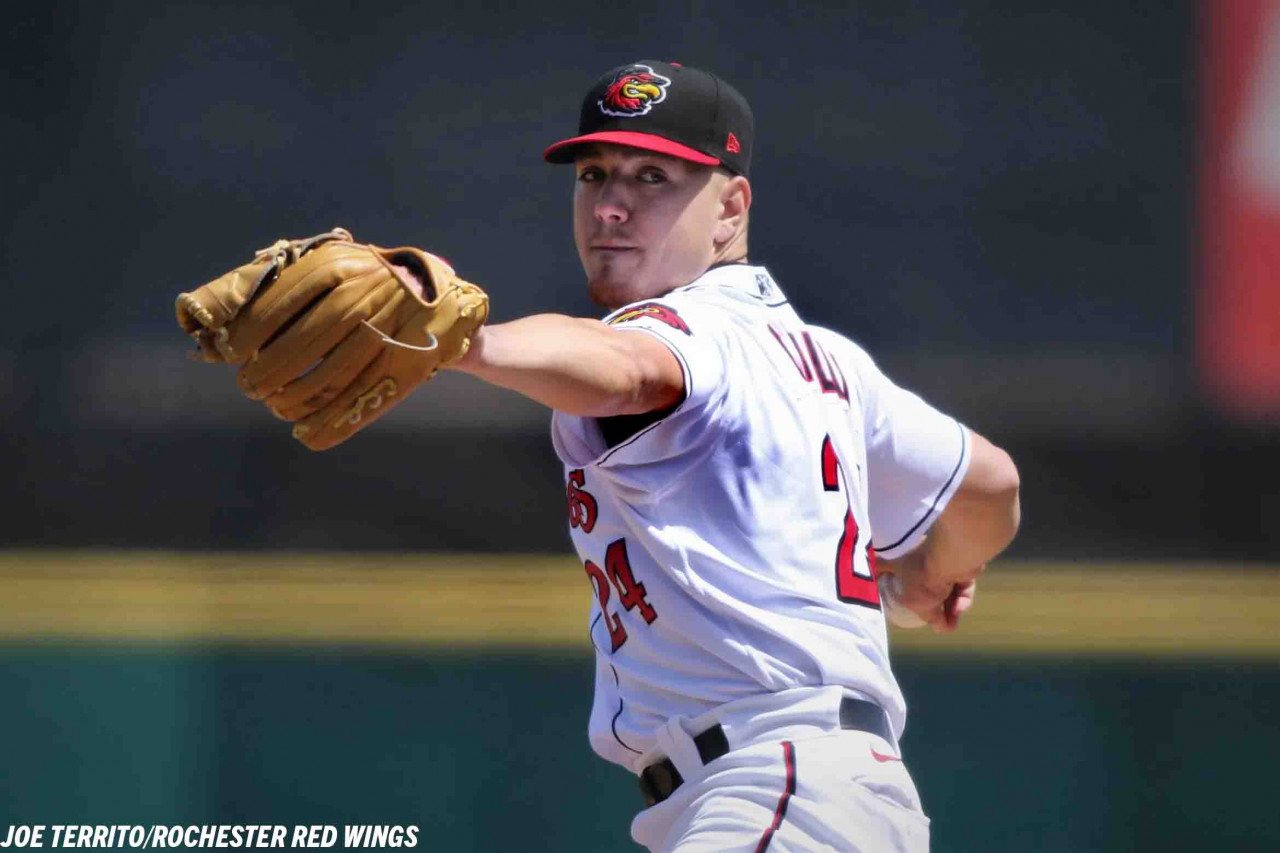 Cade Cavalli’s removal from Tuesday night’s start for Triple-A Rochester was for precautionary reasons, and the Nationals’ top pitching prospect appears to have avoided serious injury.

Cavalli came out of Rochester’s game against Omaha in the fourth inning after throwing a pitch and immediately motioning to the dugout. Red Wings manager Matthew LeCroy told Rochester-based reporter Dan Glickman the issue was with a finger on Cavalli’s throwing hand.

“He had a little thing on his finger,” LeCroy told Glickman. “It wasn’t really a blister, it was a little small piece of skin that got pulled off his finger. He wanted to keep going, but we thought it would be best not to. I think we got it at the right time, so I don’t think it’s going to be an issue.”

Cavalli had been dominating for a second straight start, allowing one unearned run while striking out six through 3 2/3 innings. This after he carried a perfect game into the sixth inning of his previous start. Over his last seven starts, the 2020 first round pick sports a 2.15 ERA, 0.850 WHIP and 43 strikeouts in 37 2/3 innings.

Cavalli, along with Single-A Wilmington infielder Darren Baker, was selected to represent the Nationals in Saturday’s All-Star Futures Game at Dodger Stadium. His status for that exhibition is unclear at this point.

Abbott is latest fresh arm to get called up 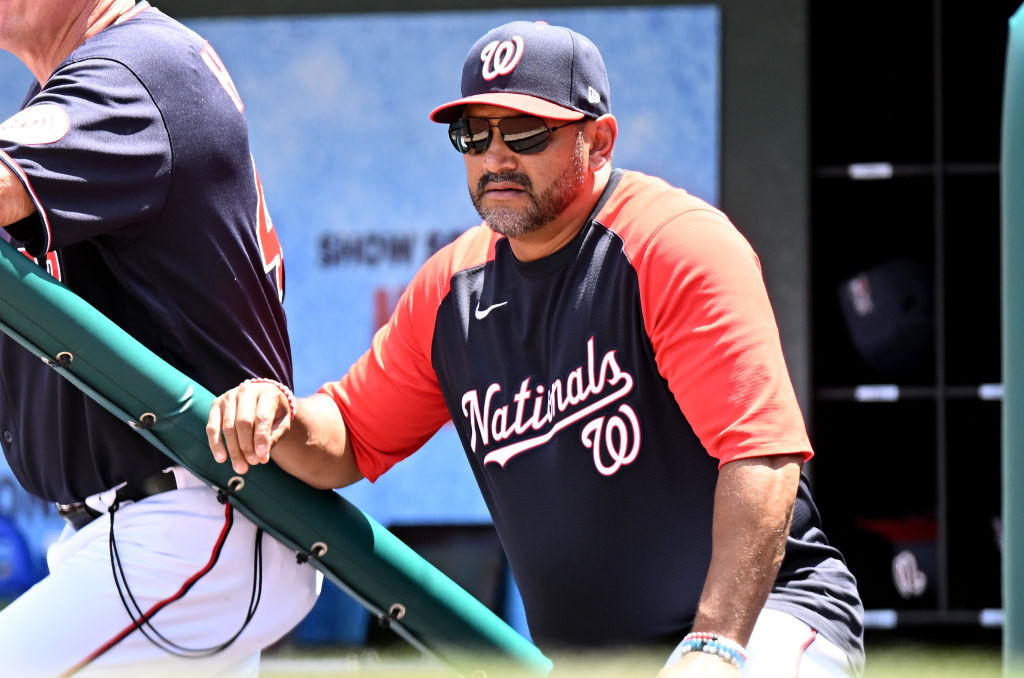 Needing a fresh arm to help get them through today’s day-night doubleheader, the Nationals recalled right-hander Cory Abbott from Triple-A and optioned reliever Andres Machado to Rochester.

Abbott was today’s scheduled starter for Rochester in Scranton, so he’s available for length should the Nats need it either in relief of Game 1 starter Joan Adon or nightcap starter Paolo Espino.

“The biggest thing was bringing up a guy who could give us multiple innings if need be,” manager Davey Martinez said.

Abbott, 26, has big-league experience, pitching seven games last season for the Cubs, allowing 13 earned runs on 20 hits and 11 walks over 17 1/3 innings. The Giants acquired him in April, then the Nationals claimed him off waivers in May and sent him to Triple-A to pitch as both a starter and reliever. 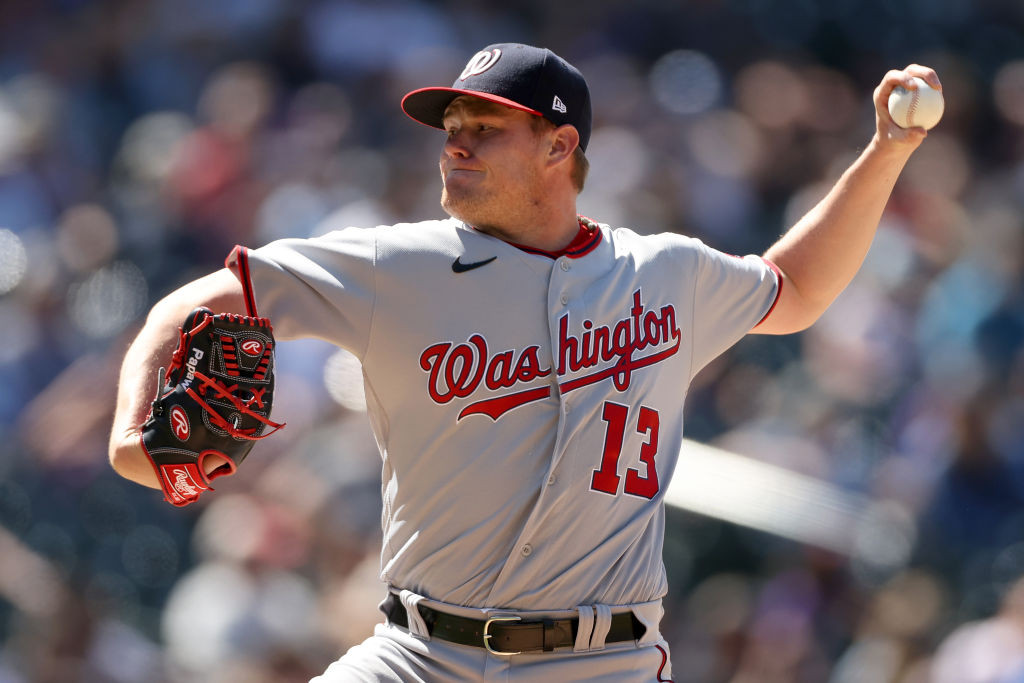 The late postponement of the game made for an annoying Friday night for everyone who had already gathered at Nationals Park and had to turn around and head home. It also created a new annoyance for the Nats, who must figure out how to fill out their rotation over the next week to account for today’s doubleheader.

Teams have the ability to promote a 27th player from the minors for doubleheader games and often elect to call up a spot starter for one of the two games. In this case, the Nationals elected to promote reliever Andres Machado and have him available for both games.

Machado opened the season in the Nationals bullpen and posted a 2.45 ERA in 10 appearances, but was optioned to Triple-A Rochester once rosters had to be reduced from 28 to 26 at the end of April. He had less success with the Red Wings, allowing five runs and nine hits in seven innings since the demotion, but his experience and ability to provide more than one inning if needed made him the choice for today’s promotion.

“He’s been throwing the ball well,” manager Davey Martinez said. “Based on what we think (the Rockies’) lineup will be, and the righties they have, if we needed someone, we wanted to get a right-handed pitcher up here that can give us multiple innings.”

Aaron Sanchez, who had begun to warm up before Friday night’s game was postponed, said he was good to start today’s first game. Joan Adon will pitch tonight as originally planned. And Josiah Gray will remain on a normal schedule and start Sunday’s series finale. 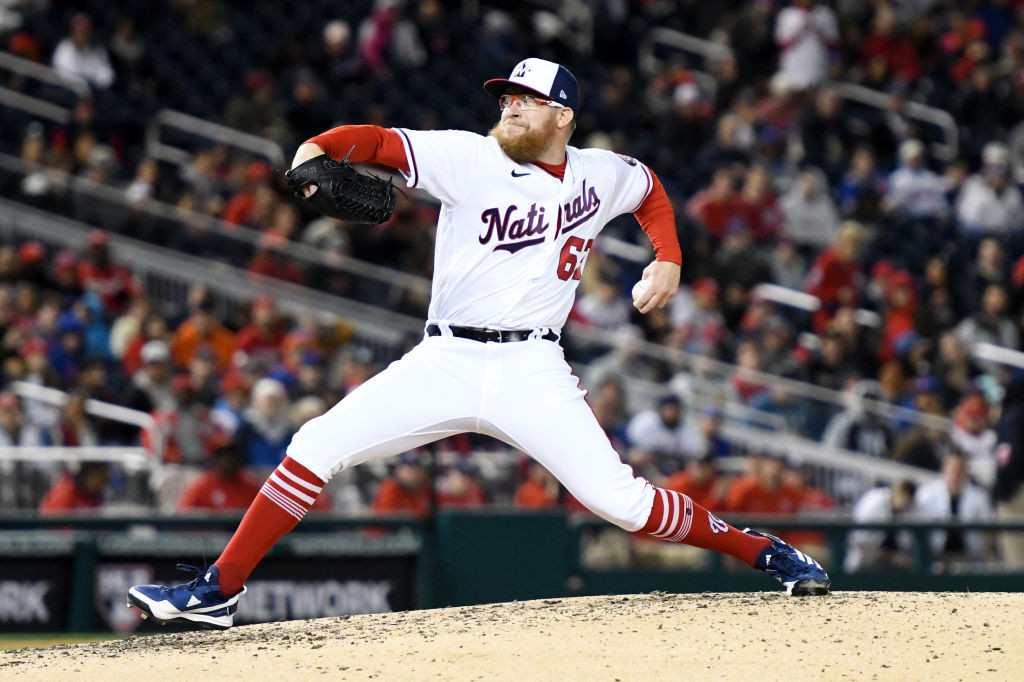 DENVER – The Nationals transferred Sean Doolittle to the 60-day injured list this afternoon, revealing the left-hander recently received a platelet-rich plasma injection in his elbow, which will prevent him from throwing for another six weeks. They then used that new opening on the 40-man roster to claim right-hander Cory Abbott from the Giants and immediately option him to Triple-A Rochester.

The move of Doolittle from the 10-day to the 60-day IL ensures he’ll be out until at least late June, but last week’s PRP injection ensured it would probably take that long for him to recover anyway.

“He opted to do that, get it over with, get it done right away,” manager Davey Martinez said before tonight’s game against the Rockies. “Now he’s just going to rehab. He said he feels really good, which is great. We’re just going to rehab him and get him back.”

Doolittle was off to a red-hot start in April after rejoining the Nationals on a one-year, $1.5 million contract this spring. He did not allow a run over his first six relief appearances and only allowed a batter to reach base for the first time in his most recent outing.

But the 35-year-old experienced pain in his elbow during that last appearance and informed club officials. He promptly was placed on the 10-day IL, with hopes he’d be OK to resume throwing after rest and rehab for a couple weeks. All the while, though, he admitted he knew there remained the possibility the sprain was more serious and could require a significant amount of time off or even major surgery.