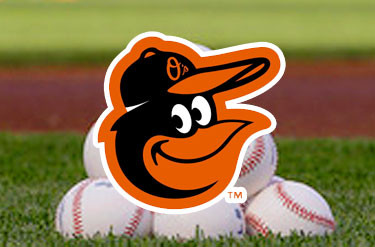 It's only an intrasquad game, but Mike Hinckley labored in the second inning while the Black Team took a 2-0 lead. Ty Wigginton drew a leadoff walk and scored with two outs on a Blake Davis single to left field. Davis stole second and raced home on Caleb Joseph's single to left. Davis fisted the ball and looped a hit to the opposite field. Joseph ripped a line drive that left a vapor trail. Jim Johnson struck out Garrett Atkins on three pitches to start the bottom of the second inning....
Continue reading
Tags:
Mike Hinkley Orioles Spring Training
Facebook Twitter LinkedIn Pinterest

No defense for that inning

It's a good thing this is an intrasquad game and not the home opener against Toronto. The Orioles halted the bottom of the fourth inning with two outs because Troy Patton reached his pitch limit. Rhyne Hughes had a two-run single, Pedro Florimon had an RBI single and Craig Tatum increased the Orange Team's lead to 5-2 with a sacrifice fly. We have two more errors on the board for the Black Team, giving them five for the day. Right fielder Jonathan Tucker dropped a fly ball near the line,...
Continue reading
Tags:
Orioles Spring Training luke scott orioles cook-off
Facebook Twitter LinkedIn Pinterest

Tillman talks about his outing

The Black Team's Robert Andino hit a two-run homer off Josh Perrault in the top of the sixth inning to tie the game, 5-5. Chorye Spoone gave up a run in the fifth, reducing the Orange Team's lead to 5-3, but I was in the clubhouse and nobody is keeping a scorebook on an intrasquad game, so I can't pass along any details. Here's what Chris Tillman said about his scoreless inning: "I felt great. As I was warming up, I thought, 'Yeah, this feels real good.' I would have liked to throw a...
Continue reading
Tags:
Chris Tillman Orioles Spring Training
Facebook Twitter LinkedIn Pinterest

Nolan Reimold's sacrifice fly to the warning track in left field in the third inning brought home Ty Wigginton with the tying run. Wigginton doubled and took third on Jimmy Rollin's error. Nick Markakis has the Orioles' other hit, a double in the first inning. The Phillies loaded the bases with two outs in the third, but Millwood wiggled off the hook. Millwood gave up a leadoff single to Rollins on a fly ball that dropped near the line. Luke Scott ran a long way and still didn't get close to it. Placido Polanco fouled out to catcher Matt Wieters, who made a nice catch in front of the folding chairs that line part of the padded fence beside the dugout. Chase Utley struck out for the second time, the bat flying out of his hands and sailing over Garrett Atkins' head. Ryan Howard and Jayson Werth walked to load the bases, but Raul Ibanez bounced to second. Millwood threw 28 pitches, 16 strikes. He's up to 57 pitches. This is Millwood's longest official outing - we're not counting his five innings in an intrasquad game - and it's the first time an opponent hasn't batted around against him. Hope I didn't jinx him. Part 2: Kevin Millwood struck out two batters and walked pitcher Jamie Moyer in a scoreless fourth. Dewayne Wise and Paul Hoover went down swinging. Millwood threw 20 pitches, 13 for strikes. He's thrown 77 pitches, 47 strikes, through four innings. Cody "Give me back my son!" Ransom has replaced Rollins at shortstop.

Sunsets don't get much better than this one over @GrandTetonNPS. #nature #sunset pic.twitter.com/YuKy2rcjyU

Adam Jones just homered to right-center field on a 2-1 pitch to give the Orioles a quick 1-0 lead. Nolan Reimold flied to right before Jones stepped to the plate against Marlins starter Ricky Nolasco. Jones has three homers and five RBIs this spring. Nick Markakis followed with a single into center field. Update: Jeremy Guthrie retired the first two batters, getting a called third strike on Cameron Maybin, but he walked Hanley Ramirez and gave up a run-scoring single to Jorge Cantu....
Continue reading
Facebook Twitter LinkedIn Pinterest

Who needs a DH?

Florida pitcher Ricky Nolasco singled with two outs to score Brett Hayes and give the Marlins a 2-1 lead in the bottom of the second inning. Once again, Guthrie got into trouble after retiring the first two batters, including a strikeout of Gaby Sanchez. Hayes doubled off the left field fence and Nolasco bounced a single into left field. Luke Scott made a strong throw to the plate, but Hayes avoided catcher Matt Wieters' sweeping tag. Guthrie threw 18 pitches, 12 for strikes. That's 41 pitches, two runs, three hits, one walk and two strikeouts in two innings.
Facebook Twitter LinkedIn Pinterest