The Orioles today announced that individual tickets for all Spring Training games at Ed Smith Stadium will go on sale Friday, December 9, at 10:00 a.m. ET. The club also announced its promotional schedule for the spring season, which is highlighted by four giveaway items.

Beginning Friday, December 9, fans can purchase individual tickets for the Spring Training season. Birdland Members will have the opportunity to purchase tickets in advance as part of a members-only pre-sale on Tuesday, December 6. In addition, fans can sign-up for the Sarasota 365 newsletter for pre-sale access on Wednesday, December 7. All tickets must be purchased online at Orioles.com/SpringTickets. Information on in-person ticket sales will be announced at a later date.

The 2023 Spring Training promotional schedule features giveaways and opportunities for fans of all ages. Again this year, the Orioles invite children and seniors to run the bases after select home games. Kids Run the Bases is open to all fans ages four to 14, and will return following every Sunday home game, while Seniors Stroll the Bases, presented by Sunways Senior Living Concierge, available to fans age 60 and older, will return after each Monday home game.

During every Saturday and Sunday home game, the Orioles will honor members of the Sarasota community who are selflessly working or volunteering to improve the lives of others through the Birdland Community Heroes program. To nominate a hero, please visit Orioles.com/Spring. 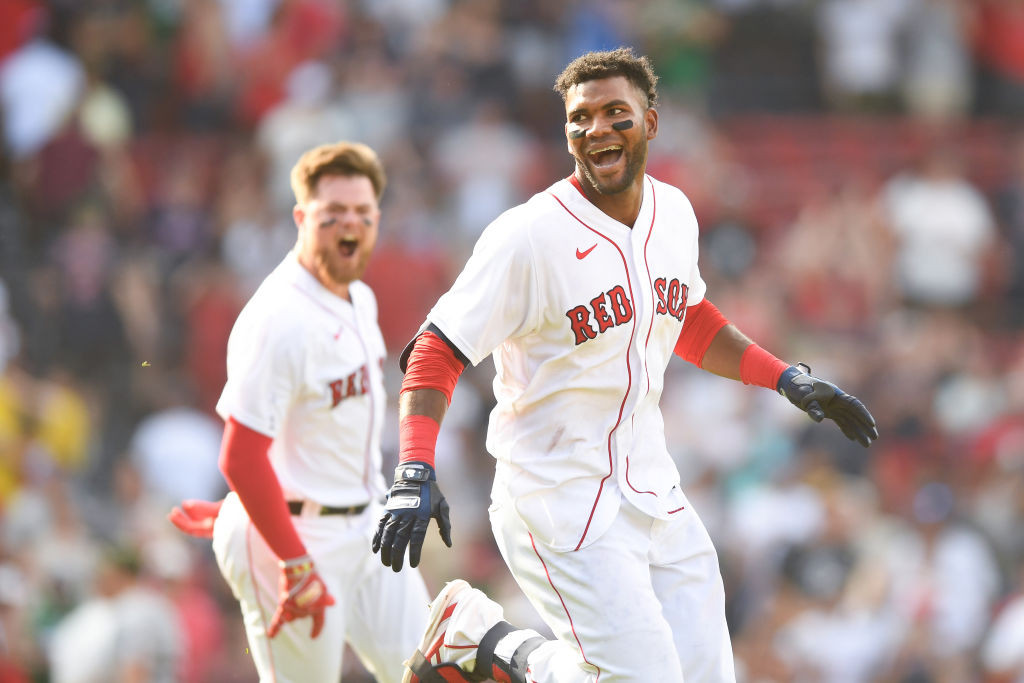 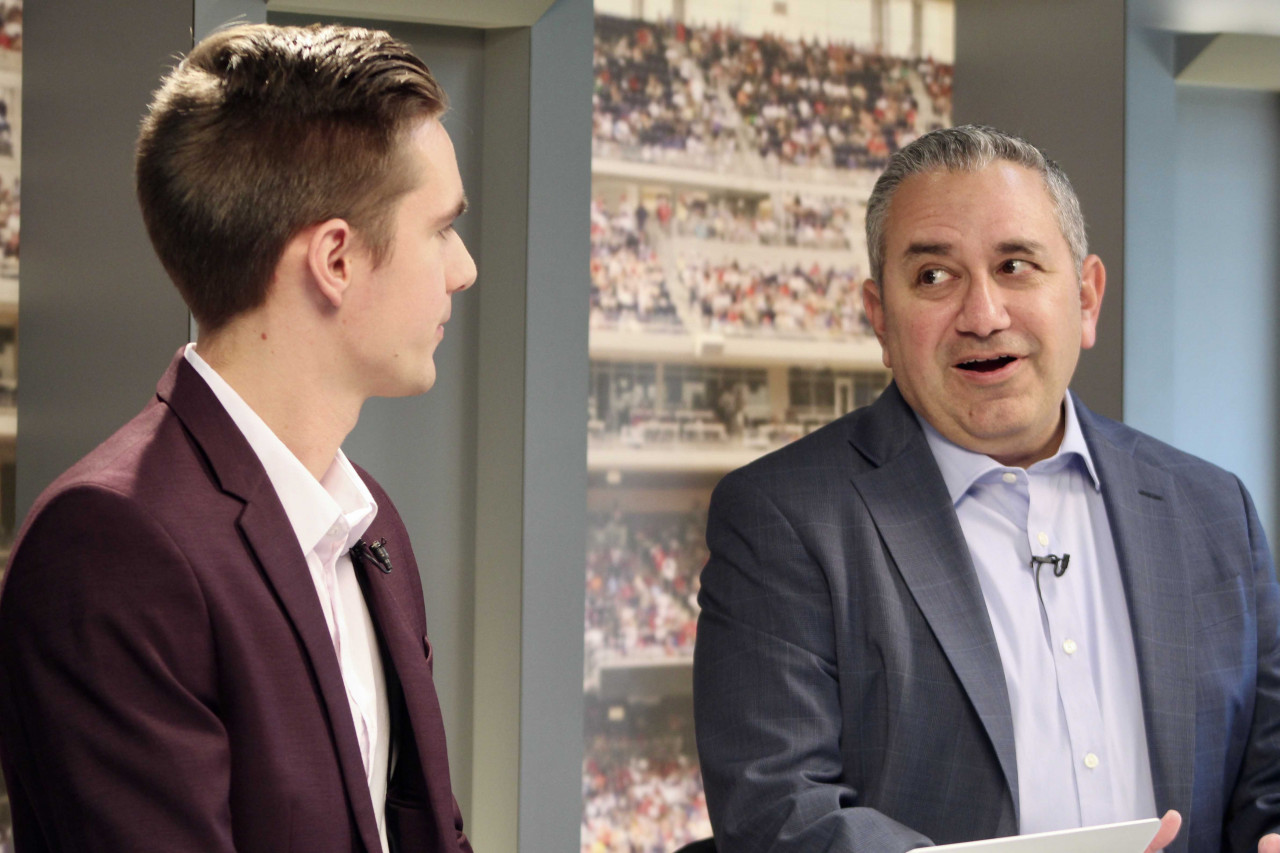 With the Nationals retooling for next year, there’s a flurry of off-season activity. Fans can catch up on the latest news and analysis in a special new series: “The Hot Stove Show.”

It airs Fridays at 9:30 p.m. on MASN. Special segments will also be available on masnsports.com and the MASN app. The series will focus on analyzing the roster, trades and free agent signings. 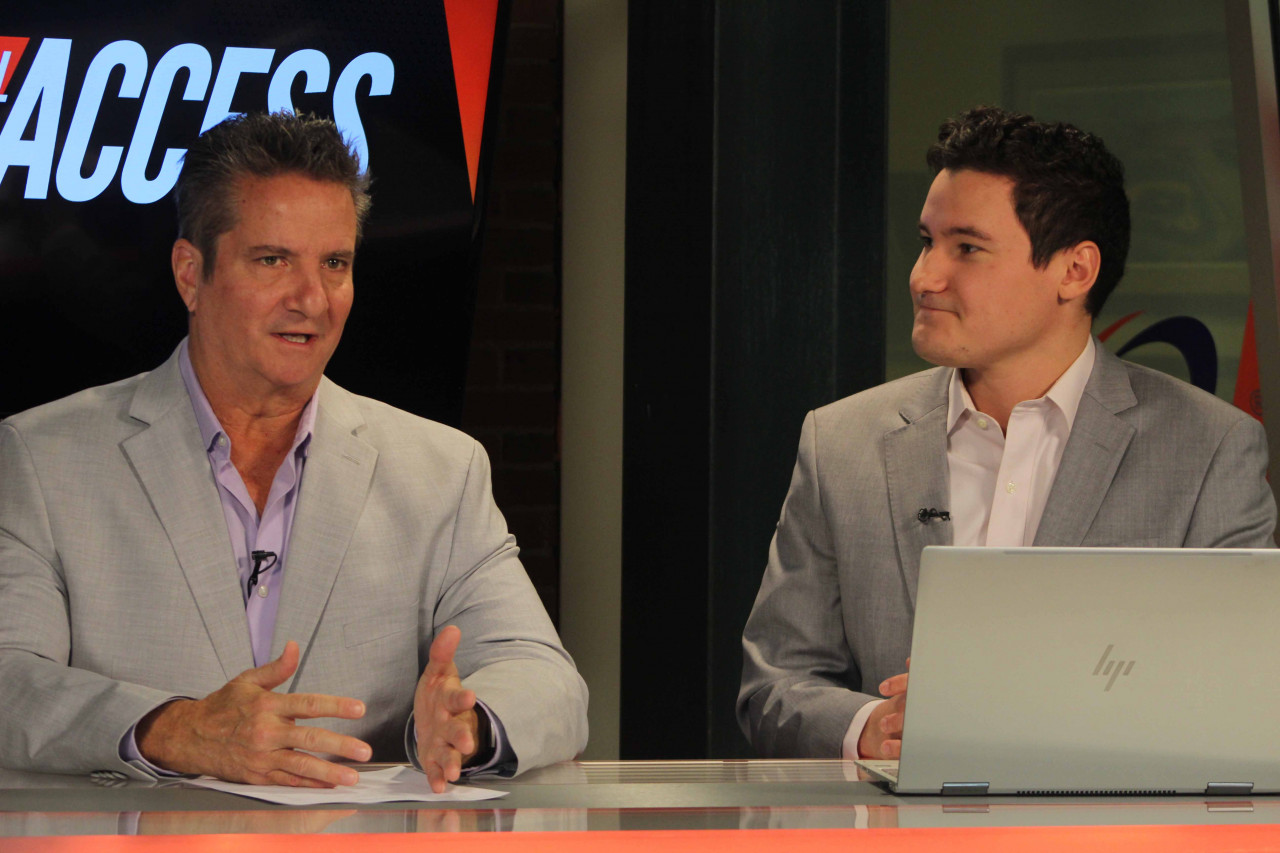 With the Orioles a contender in the American League East, there’s a flurry of off-season activity. Fans can catch up on the latest Orioles news in a special new series: “The Hot Stove Show.”

It airs Fridays at 9 p.m. on MASN. Special segments will also be available on masnsports.com and the MASN app. The series will focus on analyzing the roster, trades, and free agent signings.

Nationals agree to terms with Jeimer Candelario and Stone Garrett

The Washington Nationals agreed to terms on a one-year contract with infielder Jeimer (JAY-mer) Candelario (can-duh-LAR-ee-oh) and a Major League contract with outfielder Stone Garrett on Tuesday. Nationals President of Baseball Operations and General Manager Mike Rizzo made the announcements.

Candelario signed with the Chicago Cubs as an international free agent on October 2, 2010 and made his Major League debut on July 3, 2016 against the New York Mets. He was traded to Detroit in 2017 with Isaac Paredes in exchange for Alex Avila and Justin Wilson.

The Orioles made the following roster moves:

The left-handed hitting Alu finished the 2022 campaign on a season-high 20 game on-base streak, hitting safely in 19 of the 20 contests. He recorded two separate hitting streaks of 14 games from June 28-July 16 and Sept. 11-Sept. 27.

At third base, Alu led all of Minor League Baseball (infielders and outfielders) with 17 defensive runs saved, according to Baseball Info Solutions. In addition to his 114 games at third base, Alu also spent time at second base (9 games) and designated hitter (6 games).

Alu was selected in the 24th round of the 2019 First-Year Player Draft out of Boston College. He was signed by Nationals scout John Malzone. 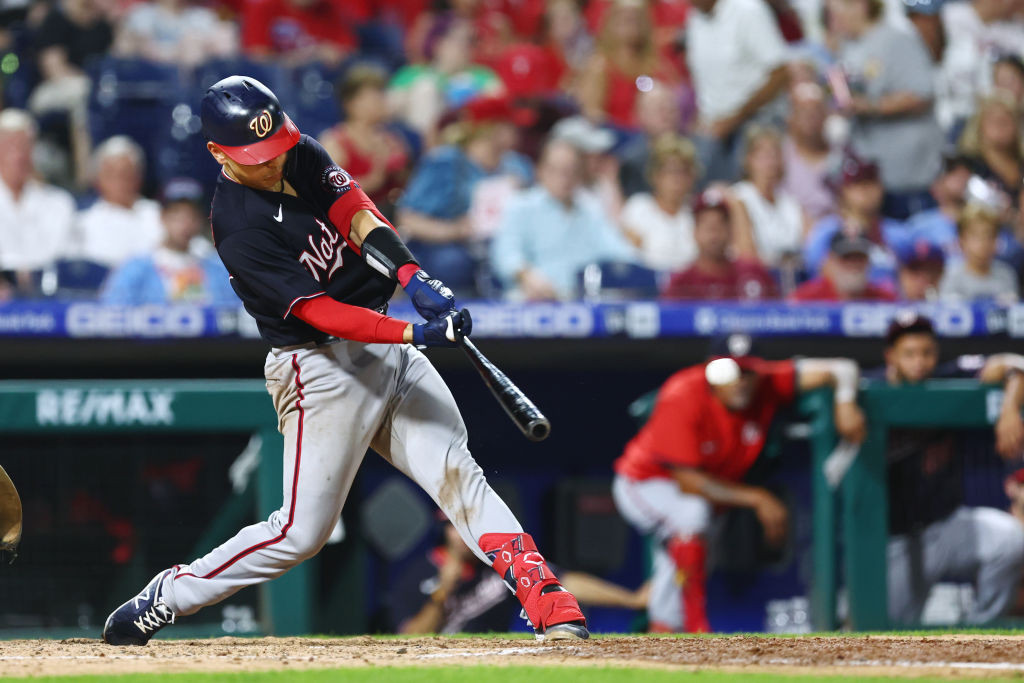 Tres Barrera and Francisco Pérez have cleared outright waivers and the Nationals have assigned their contracts outright to Triple-A Rochester.

Additionally, all 60-day Injured List players have been reinstated to the 40-man roster, which now stands at 39. 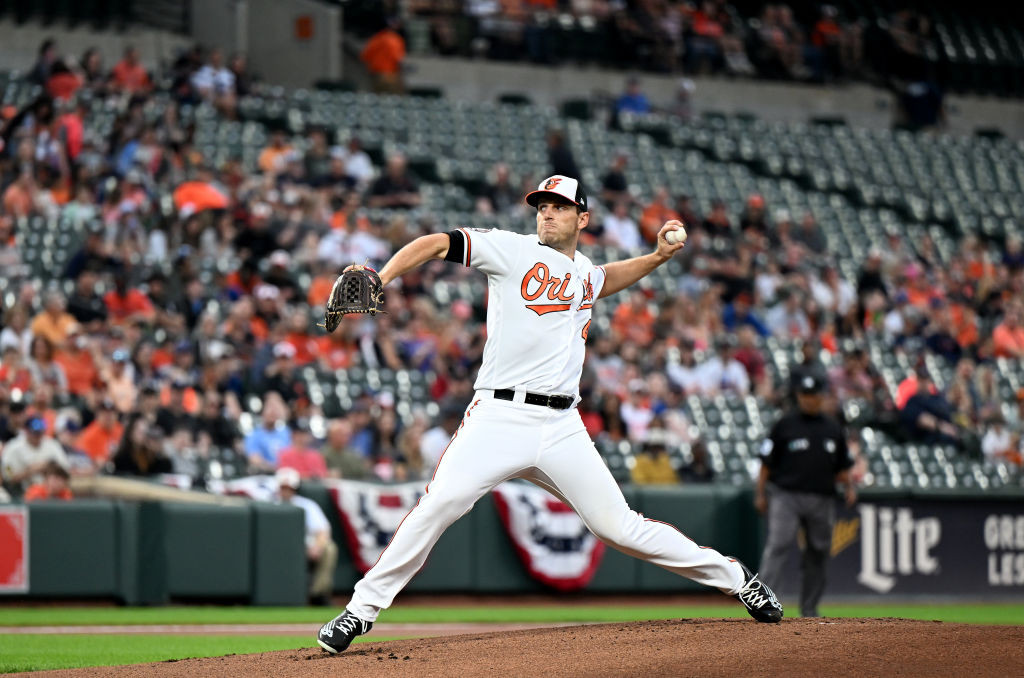 The Baltimore Orioles have declined the 2023 club option on RHP Jordan Lyles.

Asche (ASH-ee), 32, has been promoted to the Major League staff after serving as Upper-Level Hitting Coordinator in 2022, his first season in the Orioles organization. He began his professional coaching career in 2021 as the hitting coach for the Clearwater Threshers, the Low-A affiliate of the Philadelphia Phillies. Asche’s Major League playing career spanned parts of five seasons with the Phillies (2013-16) and Chicago White Sox (2017). He was originally selected by the Phillies in the fourth round of the 2011 First-Year Player Draft. A native of St. Charles, Mo., Asche attended the University of Nebraska and Fort Zumwalt West High School in O’Fallon, Mo.

BRANDON HYDE enters his fifth season as Manager after being named to the post prior to the 2019 campaign. In 2022, he led the Orioles to an 83-79 record, their first winning season since 2016 (89-73). He was voted the Sporting News AL Manager of the Year by fellow American League managers and has been named a finalist for the Baseball Writers’ Association of America AL Manager of the Year award.

Washington Nationals Philanthropies, the official charitable arm of the Washington Nationals, today announced plans to honor Ryan Zimmerman with the Power of Baseball Award, presented by The Annette M. and Theodore N. Lerner Family Foundation, at its annual fundraising gala in March. The first-ever player drafted by the Nationals, Zimmerman went on to play 17 seasons with the organization – including an historic World Series championship run – before retiring earlier this year. Aptly nicknamed “Mr. National,” Zimmerman has proven himself a leader on the field and in the community. He is the first current or former player to receive the foundation’s Power of Baseball Award, which annually recognizes an individual, corporation, organization or local group that embodies the positive character and level of achievement exemplified throughout the game of baseball.

“From the beginning, Ryan has represented the level of excellence and commitment to community that reflect the core values of the Washington Nationals organization,” said Marla Lerner Tanenbaum, founding chair and board member of Washington Nationals Philanthropies and president of The Annette M. and Theodore N. Lerner Family Foundation. “Through installations like the first local Legacy Field to carry the name of a Nationals player and his impressive commitment to supporting families affected by Multiple Sclerosis through his foundation, the Zimmerman name will forever be connected with the positive impact he’s had on this city.”

In 2006, Zimmerman established ziMS Foundation to raise money and awareness for programs benefiting those afflicted with Multiple Sclerosis, a disease that has affected his family personally. Serving as the foundation’s president, Zimmerman is actively involved in decision-making and donates his time, money and image to promoting the foundation. ziMS Foundation has raised more than $4 million for organizations dedicated to the fight against MS.

Zimmerman is the largest individual donor to Nationals Philanthropies over the past decade and has been a consistent supporter of the Scholar Athletes at the Nationals Youth Baseball Academy, having visited the program numerous times over the years. In response to the COVID-19 pandemic, Zimmerman and his wife Heather spearheaded a relief campaign to provide health care professionals with support, resources and meals. During his playing career, Zimmerman was the club’s Roberto Clemente Award nominee six times and received the “Good Guy” Award by D.C. media twice since it was first established in 2016.

“When it came time to select the next honoree for the Power of Baseball Award, Ryan was a no-doubter,” said Tal Alter, CEO of Nationals Philanthropies. “His notable generosity is matched only by his authenticity and devotion to the causes he supports. We look forward to joining with supporters and fans next spring to honor the philanthropic impact and legacy of ‘Mr. National’.”

Rawlings today announced that RAMÓN URÍAS has been named the 2022 American League Gold Glove Award recipient at third base. The award is voted on by Major League managers and coaches, which accounts for 75 percent of the selection process. The other 25 percent is based on the SABR Defensive Index™ (SDI).

Urías, 28, led AL third basemen and finished third among all AL fielders with an 11.1 SDI. He was 3.9 SDI better than the next qualified AL third baseman. Urías’ SDI is the best by an Orioles fielder since J.J. HARDY’S 11.9 in 2016 and the best by a Baltimore third baseman since MANNY MACHADO’S 11.8 in 2015. SDI is a measure of the number of runs saved by a player's defensive performance over the course of a season, compared to the average defensive player at that position. The SDI combines measures from six different defensive data sources and includes factors that rate a defender’s arm strength and accuracy, range and sure-handedness, and the number of “excellent” and “poor” fielding plays made.

He also led AL third basemen with 14 Defensive Runs Saved (DRS), per Sports Info Solutions, and with a 10.9 Ultimate Zone Rating (UZR), per FanGraphs. Urías’ DRS is the best in a single season by an O’s third baseman since Machado’s 18 in 2015. His UZR is the best by an Orioles defender since Hardy’s 11.4 in 2014 and the best by a Baltimore third baseman since Machado’s 20.8 in 2013. Both DRS and UZR take a variety of game situations into account including infielders’ performance on balls hit in the air, range, throwing success, double play ability, fielding bunts, and the impact of good plays/misplays that are not accounted for in other components.

Urías tied for the AL lead among third basemen with seven Outs Above Average (OAA), per Statcast. Since MLB began tracking in 2016, his OAA are tied with Machado for the most by an Orioles third baseman. OAA is a range-based metric of skill that shows how many outs a player has saved.

The 40-man roster remains at 40 players.

Is there room for Colomé in crowded Nats bullpen?
Bogar affirms that Nats value versatility
Nats add veteran reliever Colomé on minor league deal
The best and worst one-year deals in Nationals history
Hernández headed to Detroit; Wood, Hassell receive more praise
Who would make a theoretical Nationals Hall of Fame?
My 2023 Hall of Fame ballot
What to watch for in tonight's Hall of Fame announcement
READ MORE NATIONALS
Previous     Next
1 2 3 4 5 6 7 8 9 10