Orioles acquire OF Phillips from Rays

The Baltimore Orioles today announced that they have acquired outfielder BRETT PHILLIPS from the Tampa Bay Rays in exchange for cash considerations. The Orioles’ 40-man roster currently has 40 players.

The Washington Nationals announced the following roster moves on Tuesday. Nationals President of Baseball Operations and General Manager Mike Rizzo made the announcements.

Palacios made his Major League debut in 2021, appearing in 13 games with the Toronto Blue Jays. He went 7-for-35 (.200) with four RBI, three walks and seven runs scored. Palacios was acquired off waivers from the Blue Jays on April 15 after six seasons in their organization. He was originally selected in the fourth round of the 2016 First-Year Player Draft out of Auburn (AL) University.

Abrams made San Diego’s Opening Day roster and his Major League debut this season, starting the second game of the season at shortstop. He hit .232 with five doubles, two home runs, 11 RBI, four walks, one stolen base and 16 runs scored in 45 games across two Major League stints with the Padres this season.

The 6-foot-2, 189-pound Abrams was selected to represent the Padres in the 2021 SiriusXM All-Star Futures Game. He has been cited by Baseball America as the “best defensive infielder” (2021, 2022), “best athlete” (2020-22), “fastest baserunner” (2020-22) and “best hitter for average” (2020-2022) in San Diego’s Minor League system throughout his professional career. Following the 2019 season, he was named the Most Valuable Player in the rookie-level Arizona League and to Baseball America’s Rookie All-Star team.

Orioles acquire four players from Twins for López and cash

The Baltimore Orioles have signed 18 players from the 2022 First-Year Player Draft: nine pitchers and nine position players. Of the 18 signed players, 16 were college athletes and two were from the high school ranks. The Orioles signed eight right-handed pitchers, one left-handed pitcher, three outfielders, four infielders, and two catchers.

The Washington Nationals selected the contract of infielder Ildemaro Vargas from Triple-A Rochester on Monday. Nationals President of Baseball Operations and General Manager Mike Rizzo made the announcement.

The Washington Nationals acquired outfielder Trey Harris from the Atlanta Braves in exchange for infielder/outfielder Ehire Adrianza on Monday. Nationals President of Baseball Operations and General Manager Mike Rizzo made the announcement.

Harris has hit .283 with a .362 on-base percentage and a .417 slugging percentage in 339 games across four Minor League seasons. He was originally selected in the 32nd round of the 2018 First-Year Player Draft out of the University of Missouri.

Abbott was claimed off waivers from the San Francisco Giants on May 4. He was acquired by the Giants from the Chicago Cubs on April 21 in exchange for cash considerations. 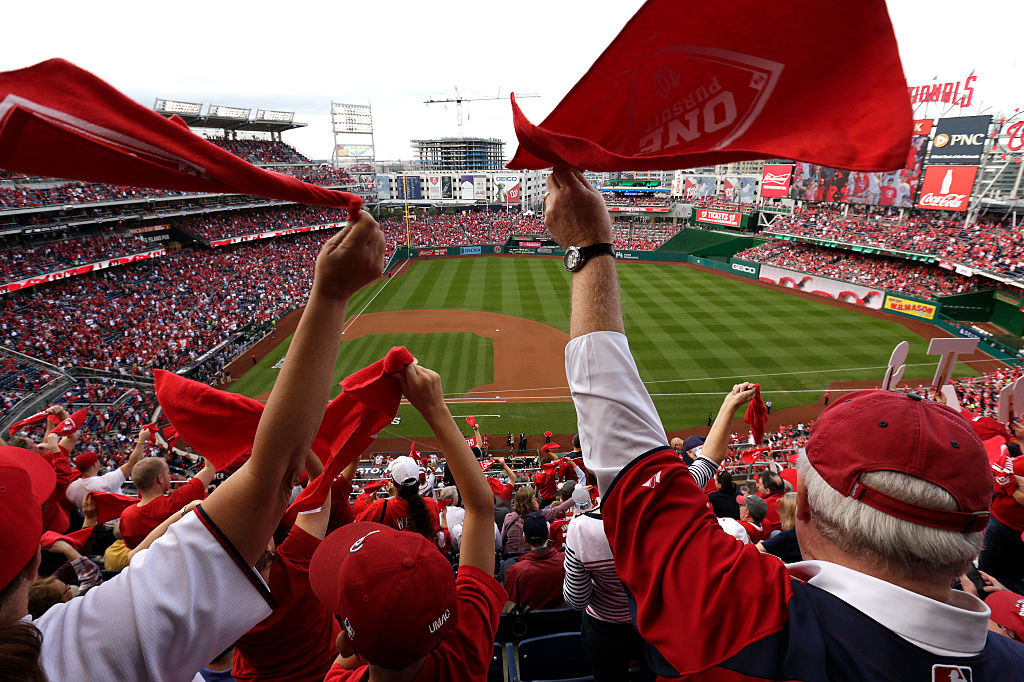 The Washington Nationals are back in D.C. for the first time since the All-Star break, opening a six-game homestand with three games against the St. Louis Cardinals followed by a three-game series against the divisional rival New York Mets. Single-game tickets for all Nationals home games are on sale now starting at just $9. Fans interested in purchasing tickets should visit nationals.com/Tickets.

Today, Austin Hays teams up with the Orioles and Bold.org to create The Austin Hays Scholarship for $20,000. The scholarship is created for Maryland students who need financial support to pursue higher education. The winner will be announced and recognized at an Orioles game in September, where they will be awarded $20,000 toward their education. Austin personally funded $10,000 with an equal match from the Orioles Charitable Foundation.

As a star outfielder for the Baltimore Orioles since 2017, Austin Hays knows what hard work looks like, and he understands what it takes to achieve big dreams. Unfortunately, trying to reach ambitious goals is almost always filled with obstacles and challenges to overcome. Lack of access to affordable education should never be one of these barriers, yet many bright students don’t have the resources they need to complete their degrees. Today, Austin pays it forward by using his position to give back to a student who needs financial support.

Austin Hays says, “The state of Maryland, through the Orioles and its fans, has given so much to me and my family. So much so, that we wanted to make an impact on the lives of some of the young students within Maryland’s community. The Austin Hays scholarship allows us to do so. With the help of the Orioles and Bold.org, we are looking forward to helping a young student access a quality education.”

Any current student, whether in high school or college, who lives in Maryland may apply for the Austin Hays Scholarship. To apply, candidates must visit www.bold.org/scholarships/austinhays and write a brief essay letting Austin know what dream or goal they hope to achieve and how they plan on making it come true. All candidates must apply for the scholarship by August 21, 2022.

Today, the Orioles signed OF Dylan Beavers (CBA, No. 33 overall) and OF Jud Fabian (CBB, No. 67 overall) from the 2022 First-Year Player Draft. Beavers and Fabian met with the media at Oriole Park.

SARASOTA, Fla. -- July 21, 2022 --  DreamLarge was honored to unveil a new mural in the Rosemary Art & Design District (RADD) on Thursday morning, honoring the powerful legacy of John “Buck” O’Neil, an iconic baseball legend and historical figure from Newtown. This larger-than-life mural came as part of the Gilbert Mural Initiative, which celebrates and preserves the people and history of the Rosemary District.

O’Neil is celebrated for being the first African American coach in Major League Baseball and one of the most talented first basemen in Negro League history. This mural highlights his legacy and serves as a reminder of his efforts in seeking equality in baseball for African Americans.

At the unveiling, a number of community figues spoke on behalf of O’Neil and his legacy. Anand Pallegar, Founder of DreamLarge and RADD, emphasized the importance of the Gilbert Mural Initiative in telling the stories of the people who shaped the history of Sarasota.

Walter Gilbert, a fourth-generation Sarasotan, told the story of O’Neil’s beginnings in Sarasota, from his early days as a player for the Sarasota Tigers, to the journey he went through in the segregated South.

Roxie Jerde, CEO and President of the Community Foundation of Sarasota County, shared the story of when she met Buck, and spoke on how his character and heart shone through with everyone he met.

The Orioles have signed OF Dylan Beavers (CBA, No. 33 overall) and OF Jud Fabian (CBB, No. 67 overall) from the 2022 First-Year Player Draft.

The Washington Nationals announced the following roster moves on Friday. Nationals President of Baseball Operations and General Manager Mike Rizzo made the announcements.

Harvey, 27, joins the active roster for the third time this season. He has pitched in seven games, allowing two earned runs on three hits with seven strikeouts in 5.2 innings. Six of Harvey’s seven outings were scoreless. He did not allow a baserunner in his first two outings after returning from the Injured List on July 12.

Is there room for Colomé in crowded Nats bullpen?
Bogar affirms that Nats value versatility
Nats add veteran reliever Colomé on minor league deal
The best and worst one-year deals in Nationals history
Hernández headed to Detroit; Wood, Hassell receive more praise
Who would make a theoretical Nationals Hall of Fame?
My 2023 Hall of Fame ballot
What to watch for in tonight's Hall of Fame announcement
READ MORE NATIONALS
Previous     Next
2 3 4 5 6 7 8 9 10 11