Orioles' game vs. Cubs postponed due to rain

Tonight’s scheduled game between the Orioles and Cubs has been postponed due to inclement weather. The game will be made up on Thursday, August 18, at 3:05 p.m. ET.

Tickets for tonight’s postponed game will be valid for the August 18 game, no exchange is necessary. If you are unable to attend the makeup date, you can exchange your tickets and have the value applied to any remaining 2022 regular season home game. Exchanges must be completed by Wednesday, August 17, 2022. For more information, please visit Orioles.com/Weather.

The game will be broadcast on MASN and on the Orioles Radio Network, including the flagship station of Hearst Baltimore’s 98 Rock FM and WBAL NewsRadio AM/FM.

Complimentary tickets are non-exchangeable and must be used for the makeup date on Thursday, August 18.

Fans who purchased tickets on StubHub for tonight’s game will need to contact StubHub regarding their policy for postponed events.

Clay, 28, joins the Nationals for his third Major League stint this season. In 15 relief appearances for Rochester, he recorded a 1.26 ERA (2 ER/14.1 IP) with 12 strikeouts, five walks and held opposing batters to a .204 average (11-for-54). Clay tossed scoreless relief in 14 of the 15 outings. He has appeared in five games out of the Nationals’ bullpen this season.

The Washington Nationals returned from rehabilitation assignment and reinstated infielder/outfielder Ehire Adrianza from the 60-day Injured List and optioned infielder Lucius Fox to Triple-A Rochester on Tuesday. Nationals President of Baseball Operations and General Manager Mike Rizzo made the announcement.

Fox, 24, did not appear in a game for the Nationals during this stint on the Major League roster.

The Orioles made the following roster moves:

The Washington Nationals placed right-handed pitcher Víctor Arano on the 15-day Injured List with a left knee inflammation and reinstated infielder/outfielder Dee Strange-Gordon from the Paternity List on Monday. Nationals President of Baseball Operations and General Manager Mike Rizzo made the announcement.

Strange-Gordon, 34, hit .293 with one double, one triple, two RBI, three stolen bases and six runs scored in 22 games for the Nationals prior to being placed on the Paternity List on June 3.

The Florida Complex League (FCL) Orioles will play their first game of the 2022 season on Monday, June 6, at 12:00 p.m. ET at the FCL Rays. The home schedule begins on Tuesday, June 7 vs. the Rays. The Orioles are scheduled to play 27 FCL home games between June 6 and August 23 with potential playoffs from August 25-27. The FCL, which includes 16 teams, gives recently drafted or signed players their first experience in professional baseball.

Home games begin at 12:00 p.m. ET, Monday-Friday, and at 10:00 a.m. ET on Saturdays at Ed Smith Stadium. There is no charge to attend the games, which will be held on the Main Field. Fans may enter through the Left Field Gate, which opens 30 minutes before game time, unless otherwise noted. Free parking is available in the East Lot at the corner of 12th Street and Tuttle Avenue. Game times and locations are subject to change without notice due to weather and field conditions.

As part of Major League Baseball’s Play Ball campaign, the Orioles will host a series of Play Ball Days, presented by Nike, at four local Maryland Title I schools, impacting more than 2,100 children. Events will take place throughout the week from Monday, June 6, through Thursday, June 9, and will not be open to the public. Play Ball Day is an Orioles-themed field day event for elementary and middle school aged children, designed to grow the game of baseball and inspire recreational play among underserved communities.

Members of the Orioles Orange & Black Gives Back employee volunteer program, as well as front office staff and mascots of our Minor League affiliates will be on hand in their respective communities to assist with the events. For more information, visit Orioles.com/PlayBall.

Machado, 29, joins the Nationals for his third Major League stint this season. In 10 relief appearances during the month of April, he recorded a 2.45 ERA (3 ER/11.0 IP) with eight strikeouts, five walks and held opposing batters to a .211 average (8-for-38). Machado has pitched to a 5.40 ERA with 10 strikeouts and seven walks in 12 games out of the Nationals’ bullpen this season. He has provided scoreless relief in five of the 12 outings. 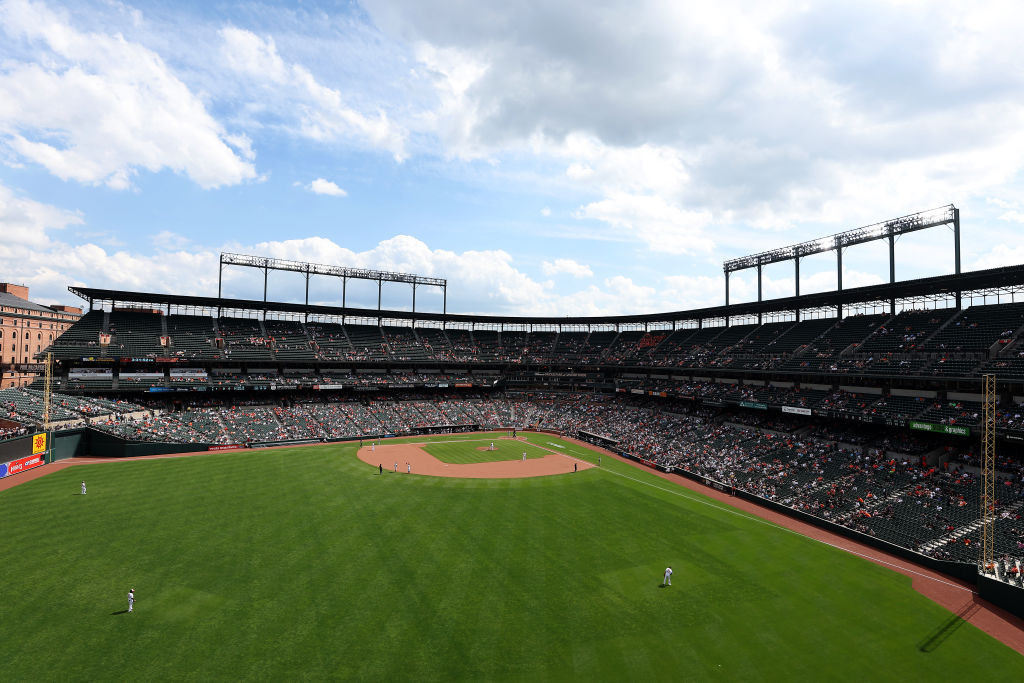 The Orioles today announced that EVE ROSENBAUM has been promoted to Assistant General Manager, Baseball Operations. Rosenbaum will oversee roster management, transactions, financial planning, and Major League operations and administration, while continuing to play a key role in player evaluation and acquisition across the pro and amateur markets. She will also advise and assist Executive Vice President and General Manager MIKE ELIAS and Vice President and Assistant General Manager, Analytics SIG MEJDAL in all baseball operations decisions and departmental management.

Rosenbaum most recently served as the club’s Director of Baseball Development, a role she had held since joining the Orioles organization in November of 2019. In that role, she was responsible for developing and implementing evaluation methods and digital tools for use across all facets of baseball operations, serving as a conduit between the organization’s scouting, player development, and research and development departments.

Prior to joining the Orioles, Rosenbaum spent five seasons in the Houston Astros organization, most recently serving as the club’s Manager of International Scouting. She also worked for the National Football League from 2012-15 as a Junior Rotational Program Member and as Manager of Business Intelligence and Optimization.

Rosenbaum is a native of Bethesda, Md. and attended Harvard University (Mass). She earned a bachelor’s degree in psychology with a minor in philosophy, and was a catcher on the Crimson varsity softball team. In November 2021, Rosenbaum was inducted into the Greater Washington Jewish Sports Hall of Fame. She currently resides in Baltimore. 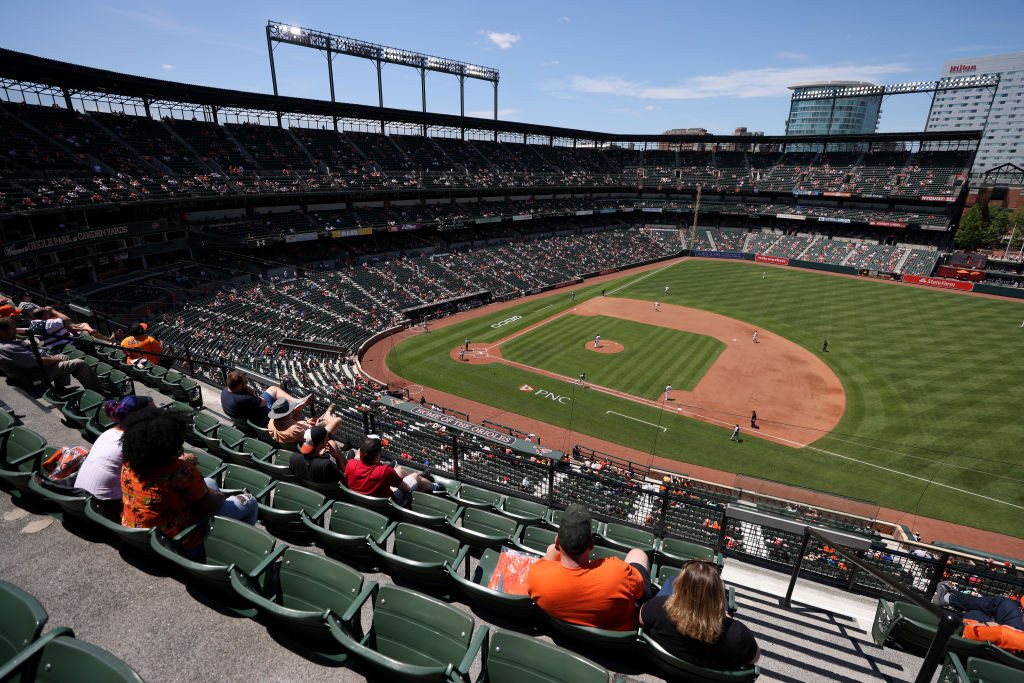 The Orioles will join our nation in recognizing National Gun Violence Awareness Day on Friday, June 3. As part of the recognition, the Warehouse will be illuminated in orange, all uniformed personnel will wear orange jerseys throughout the weekend, and all online and in-store sales from Orioles Authentics will benefit Moms Demand Action. The Orioles Charitable Foundation will match 100 percent of Orioles Authentics sales from the weekend.

The Orioles will conduct a moment of silence prior to the game in memory of those who have lost their lives to gun violence, and to show support for organizations working to enact stricter gun legislation.

Founded after the Sandy Hook tragedy in 2012, Moms Demand Action fights for public safety measures that can protect people from gun violence by passing stronger gun laws and working to close loopholes that jeopardize safety. For more information, visit MomsDemandAction.org.

Wear Orange Weekend began in 2013 after Hadiya Pendleton’s friends wore orange, the color hunters wear to protect themselves, to commemorate her life after she was shot and killed on a Chicago playground. For more information, visit WearOrange.com.

The Washington Nationals announced the following roster moves on Wednesday. Nationals President of Baseball Operations and General Manager Mike Rizzo made the announcements.

Lee, a two-way player (LHP/OF/1B) at the University of Arkansas, was selected in the 15th round of the 2018 First-Year Player Draft. He is the 22nd pitcher drafted, signed and developed by the Nationals (2005-pres.) to start a game for Washington. He is 7-8 with a 3.79 ERA, 186 strikeouts and 68 walks in 42 career Minor League outings across four professional seasons.

The Washington Nationals announced the following roster moves on Tuesday. Nationals President of Baseball Operations and General Manager Mike Rizzo made the announcements.

Weems, 29, went 2-1 with six saves and a 3.38 ERA in 19 games for Triple-A Rochester. He struck out 32 batters and walked just five in 24.0 innings pitched. His six saves ranked second among Nationals Minor Leaguers. In 11 outings dating to April 30, Weems struck out 23 batters while walking just two in 14.1 innings pitched.

Perez, 24, joins the Nationals for his third Major League stint this season. He has pitched to a 2.51 ERA with 21 strikeouts, four walks and a .189 opponents’ batting average in 15 games for Triple-A Rochester this season.