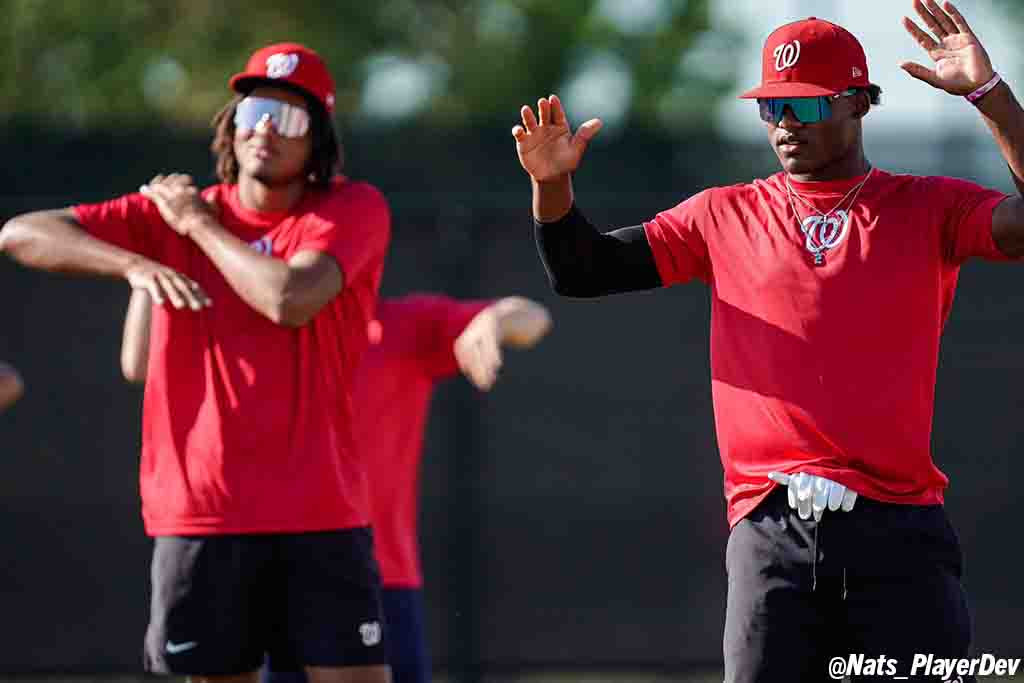 Outfielder James Wood leads the way at No. 11. Robert Hassell III (57), Elijah Green (58) and Cade Cavalli (61) are all bunched together farther down the list.

That’s a nice development for the Nats, and evidence of the influx of talent they’ve had in what used to be one of baseball’s worst farm systems. Three of those four players, of course, weren’t even in the organization one year ago at this time. Wood and Hassell came from the Padres in the Juan Soto-Josh Bell blockbuster trade. Green was the No. 5 overall pick in last summer’s draft.

And when you add two young players who were highly rated entering the 2022 season but now are full-time major leaguers (CJ Abrams, No. 9; Keibert Ruiz, No. 11), it further underscores just how far the Nationals have come in the last 18 months.

Which isn’t to say they’re anywhere close to achieving what they ultimately need to achieve.

When is the right time to trade prospects? 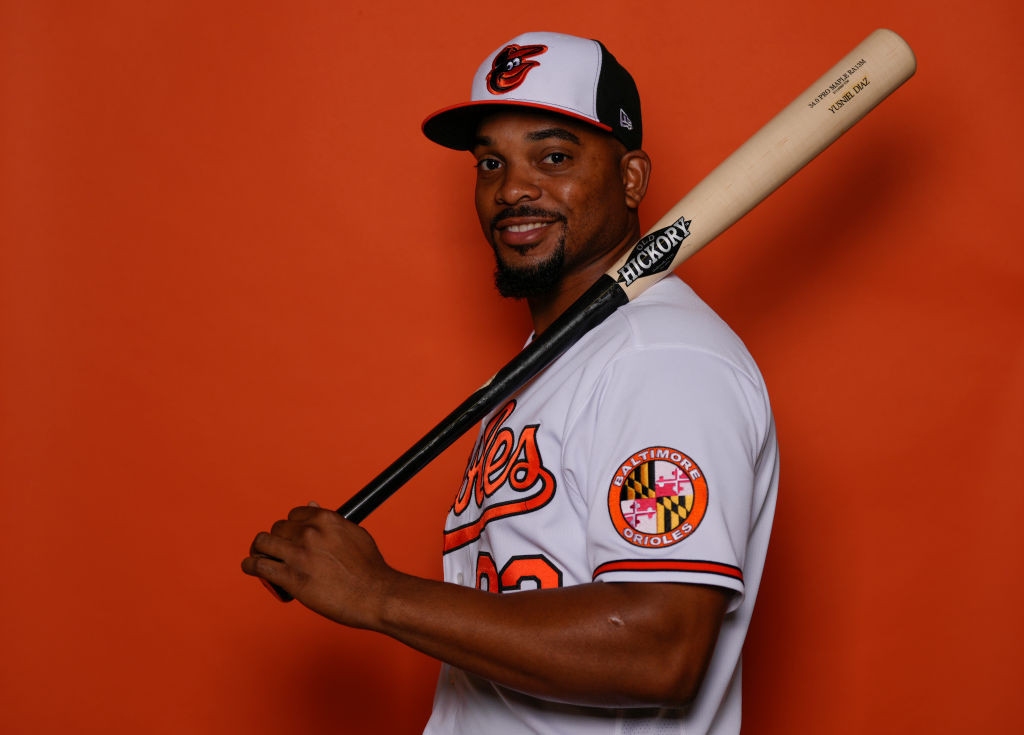 There is a segment of Birdland that seems to get uncomfortable when the conversation turns to the possibility of the Orioles trading some of their prospects. No doubt there are good reasons for those feelings some fans may have on this topic.

For one they get attached to players, even players on the farm they have heard about even if they have yet to see them play in the majors. For two they are worried the organization may be trading away a future star. This is a valid concern when dealing any prospect and no doubt the front office doing the trading for any organization has some of the same concerns and feelings.

Yet they can’t be afraid to act, and prospects may have more value in the sport now than they have at any time. Young talent is coveted and a team with a fertile farm like the Orioles attracts attention. Many teams will have interest in their minor league players.

There are those in Birdland that want the Orioles to “see what they have” in such players before trading them. The only issue here is that a prospect on the rise, but not yet in the majors, can keep building value as they get closer to the majors. But if they get to MLB and don’t perform to expectations it doesn’t take long to lose some of that value. Before their MLB debut they are that shiny new toy and after, if they don’t look good initially, it’s on to the next for some.

Birdland knows all too well about a player losing value and, in this case, I will discuss a player with just one MLB at-bat. No, it’s not Moonlight Graham, but it is Cuban-born outfielder Yusniel Diaz. He was the center piece of the five-player package the Los Angeles Dodgers traded to Baltimore to get Manny Machado on July 18, 2018. 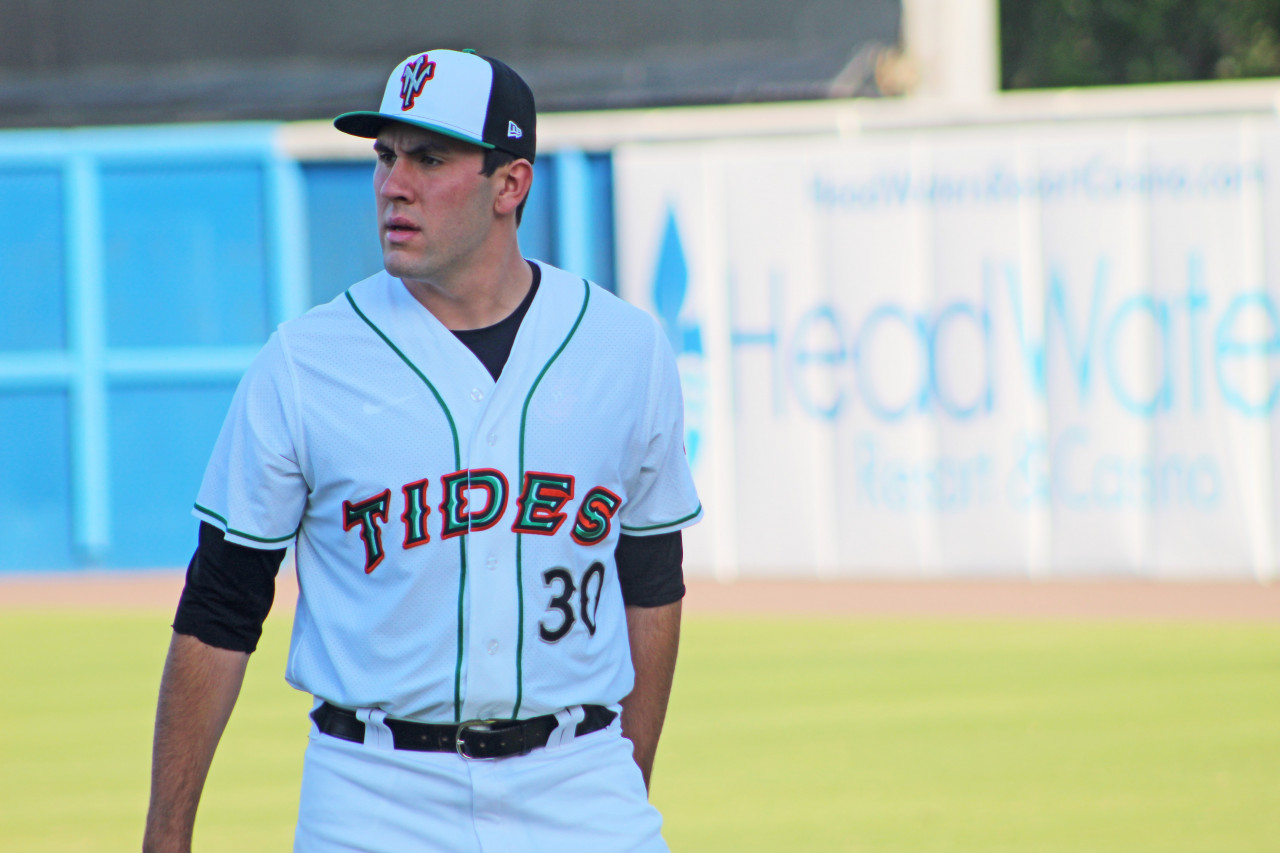 Grayson Rodriguez is confident that he’ll pitch again in September.

The progress he’s making from a strained lat suggests that he’s right.

The Orioles say Rodriguez is scheduled for another bullpen session, followed by live batting practice and a simulated game. All of it happening this week down in Sarasota, Fla.

A prolonged shutdown period led to flat-ground throwing with increased distances, a half-mound session and then regular bullpen sessions.

Throwing live batting practice and in a sim game finally allow Rodriguez to face hitters as he nears a return.

Last week, we discussed which Nationals pitching prospects could make their major league debuts this season, aside from Cade Cavalli. This week, we're pivoting our attention to the position players on the farm. Amy Jennings and I wondered, during this week's episode of the "MASN All Access Podcast," when we might see them in Washington. But for the purposes of this post, this exercise is going to be more of an appreciation of the restocking of the Nats farm system with position players...
Continue reading
0 Comments
Tags:
armando cruz bobby blanco brady house daylen lile jackson cluff jeremy de la rosa nationals nationals farm report nationals pastime prospects sammy infante frontstory_nationals2
Facebook Twitter LinkedIn Pinterest
0 Comments

Was Cluff's strong showing in AFL a sign of things to come?

What's a realistic expectation for Cavalli's arrival in D.C.?

Prospect rankings should always be taken with a grain of salt. And if there's anyone in baseball whose mouth is over-seasoned from lack of interest in prospect rankings, it's Mike Rizzo. The Nationals general manager doesn't care what any outside publication says about his farm system. He cares only about what he sees with his own eyes and what his scouts and coaches see with theirs. OK, there's your caveat to the news that comes next: The Nationals do not currently have any of baseball's...
Continue reading
0 Comments
Tags:
baseball america cade cavalli jackson rutledge mark zuckerman mason denaburg nationals nationals pastime prospects featured_sidebar frontstory_nationals3
Facebook Twitter LinkedIn Pinterest
0 Comments

The Nationals won the World Series last year with the oldest roster in baseball, so it's not surprising they went out this winter and either signed or re-signed a bunch of veterans who will help keep the team's average age near the top of the sport again. Nothing wrong with that philosophy, especially when it worked so well in 2019. But it's worth noting that a Nats farm system that was so instrumental in the franchise's initial ascension from laughingstock to annual contender might be as...
Continue reading
0 Comments
Tags:
austin voth carter kieboom erick fedde jackson rutledge luis garcia mark zuckerman mason denaburg nationals nationals pastime prospects featured_sidebar frontstory_nationals3
Facebook Twitter LinkedIn Pinterest
0 Comments

Top prospect Robles gets chance to impress vs. big leaguers

WEST PALM BEACH, Fla. - Victor Robles is all of 19, having played all of 41 games of high Single-A ball, so he could've been excused had he been a bit overexcited to play in the Nationals' intrasquad game today against major leaguers. Robles, though, showed no such signs of that. If anything, he looked and acted like he belonged with the advanced company. "I felt comfortable," he said via interpreter Octavio Martinez. "That's what I work for, is to prepare myself and face big league...
Continue reading
0 Comments
Tags:
mark zuckerman nationals nationals pastime prospects spring training victor robles featured_sidebar frontstory_nationals3
Facebook Twitter LinkedIn Pinterest
0 Comments

Why the Nationals have an accelerated development program

This week, the Nationals revealed their accelerated development roster. The intrasquad games with this roster begin around March 1. Some fans asked what is the accelerated development roster and what is its purpose? Nationals director of minor league operations Mark Scialabba says the development program has three main goals: 1. To place the Nationals' top prospects on one roster for focused one-on-one work with the coaching staff and instructors. The idea is to get the best together and...
Continue reading
0 Comments
Tags:
byron kerr mark scialabba nationals prospects frontstory_nationals2
Facebook Twitter LinkedIn Pinterest
0 Comments