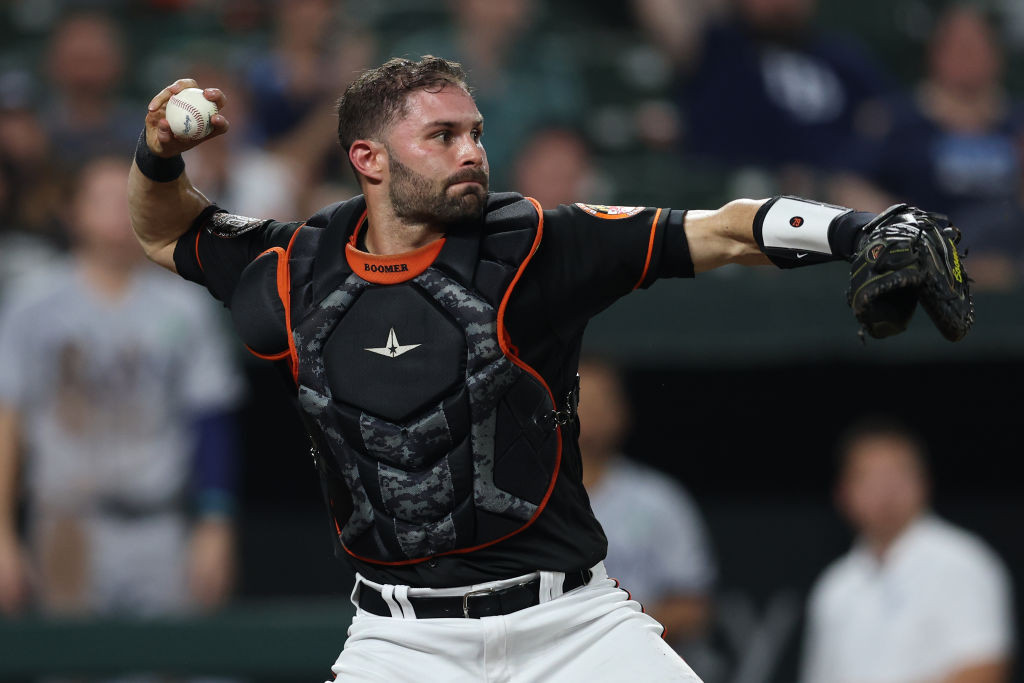 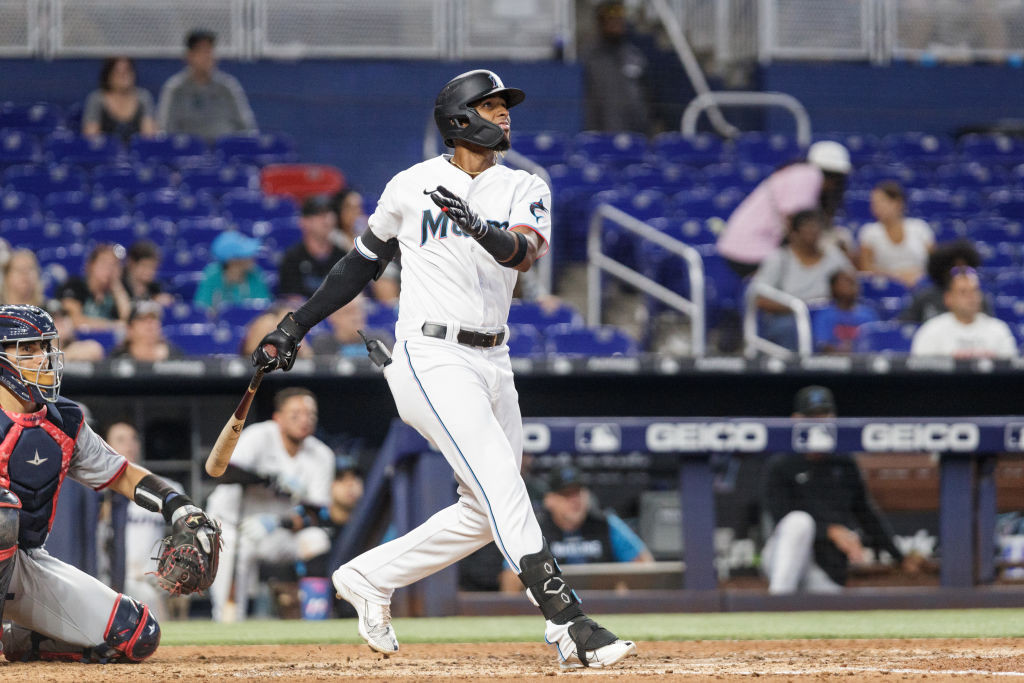 The Orioles found out yesterday that Lewin Díaz would remain in the organization after he cleared outright waivers and was assigned to Triple-A Norfolk.

Díaz was designated for assignment again a week ago. He may or may not have been told.

Who wants to make that phone call?

Getting Díaz through waivers, which has been harder than AP calculus, increased the list of non-roster invites to spring training that hasn’t been finalized. 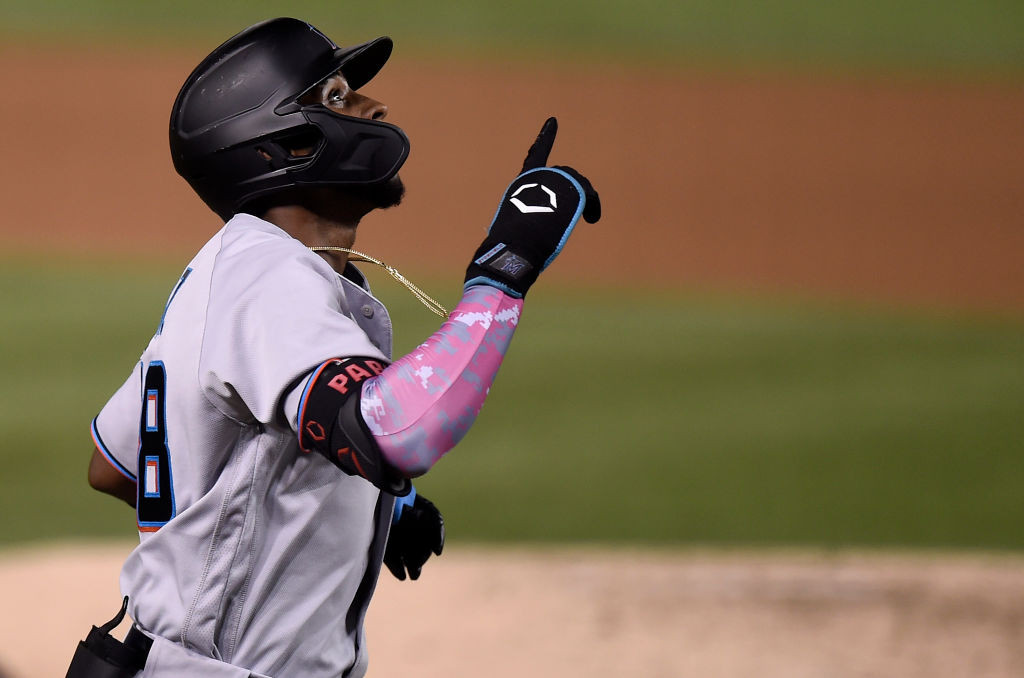 The Orioles announced today that Díaz cleared outright waivers and was assigned to Triple-A Norfolk. He stays in the organization.

The outcome allows the Orioles to bring Díaz and Ryan O’Hearn to spring training as non-roster invites competing for the backup job at first base. O’Hearn passed through waivers last week and accepted his outright.

Díaz has been a man on the move since the season ended. It's become his unintended claim to fame. 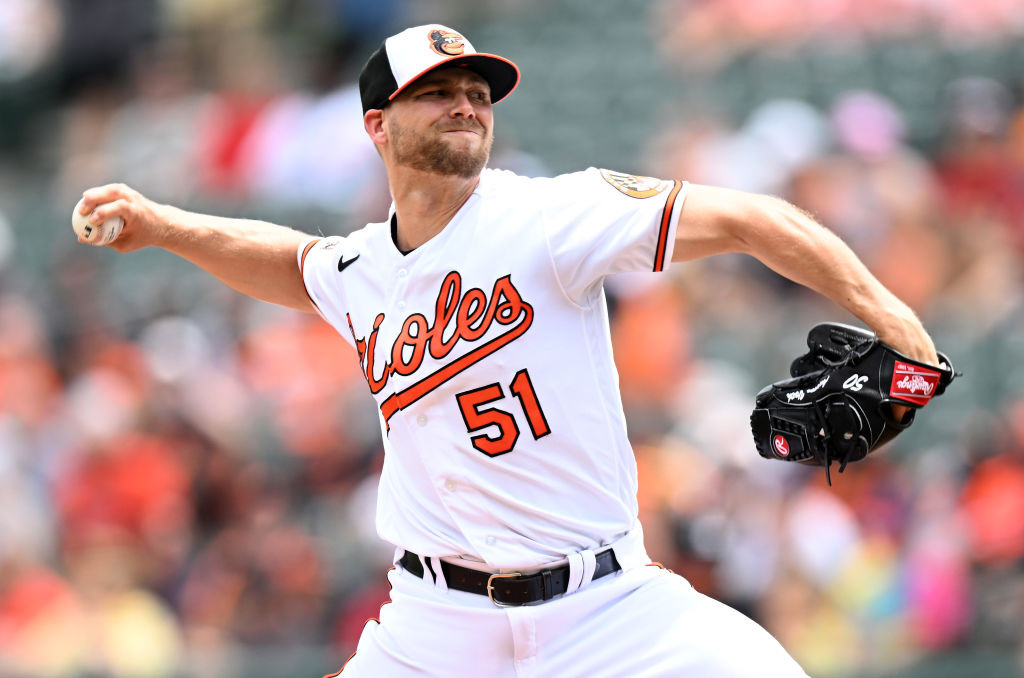 The Orioles completed most of their arbitration business on Friday and made another sizeable splash two days later in the international market.

There isn’t much left to do besides get the camp roster ready for spring training.

Austin Voth is the only player among the six arbitration eligibles who didn’t agree to terms. He’s seeking $2 million and the Orioles countered at $1.7 million.

A hearing could be held in late January or February, with a three-person panel determining the salary. There are no compromises if it reaches this stage.

Voth would be an interesting case given the splits in his season between the Nationals and Orioles. The 10.13 ERA and 2.143 WHIP in 19 relief appearances versus the 3.04 ERA and 1.229 WHIP in 22 games (17 starts) for a team that contended until the final week.

Latest on where Orioles stand with roster as spring training nears 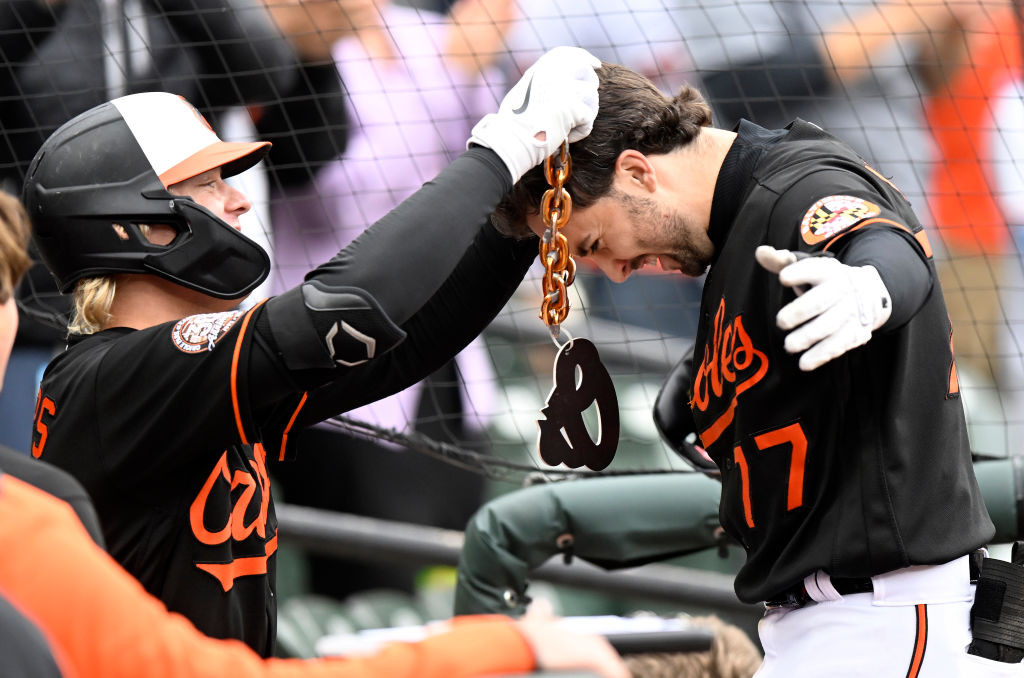 The latest removal of Lewin Díaz from the 40-man roster and the approaching resolution on Ryan O’Hearn didn’t move the Orioles forward in their offseason plans for first base.

They may have already arrived.

The club has sought a left-handed hitter to back up Ryan Mountcastle, and it’s been collecting candidates since November. The first time it claimed Díaz off waivers, on the same day that it signed Franchy Cordero to a minor league deal. Four days before it signed Josh Lester, also to a minor league contract.

The Orioles are going with a quantity approach, and they’re counting Anthony Santander, who worked out at first base last summer but didn’t play in a game. I’ve heard that he’ll do more of it in spring training.

Santander made nine starts with Single-A Lynchburg in 2016. It’s been a while. 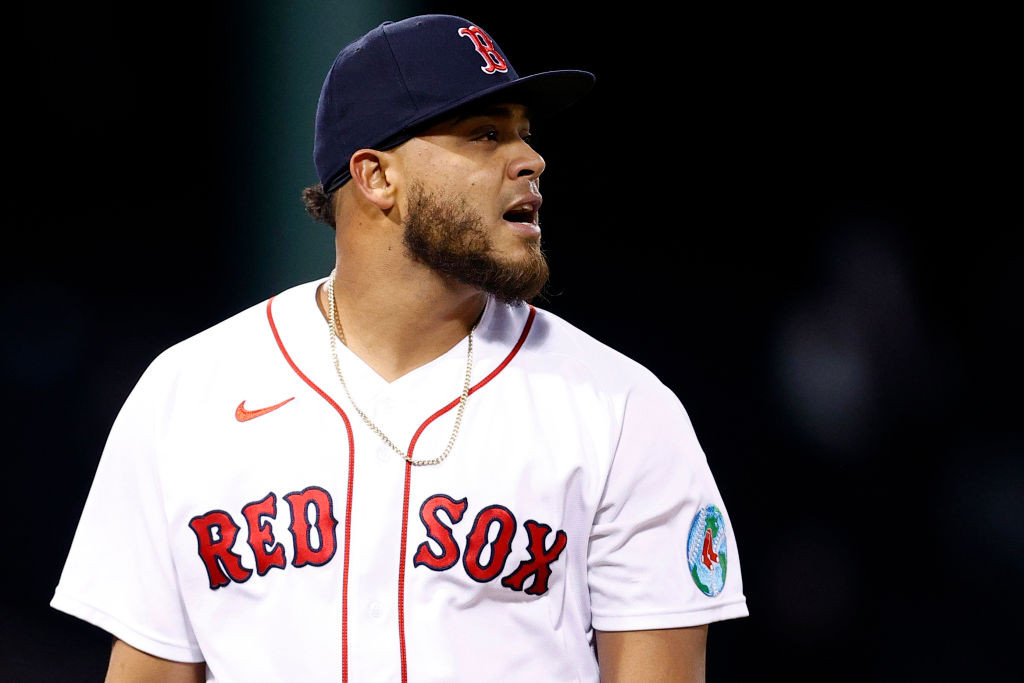 The Orioles today announced that they have acquired left-handed pitcher Darwinzon Hernandez from the Boston Red Sox in exchange for cash considerations.

Additionally, infielder Lewin Díaz has been designated for assignment. The Orioles’ 40-man roster currently has 40 players.

Who is most impacted by recent Orioles acquisitions? 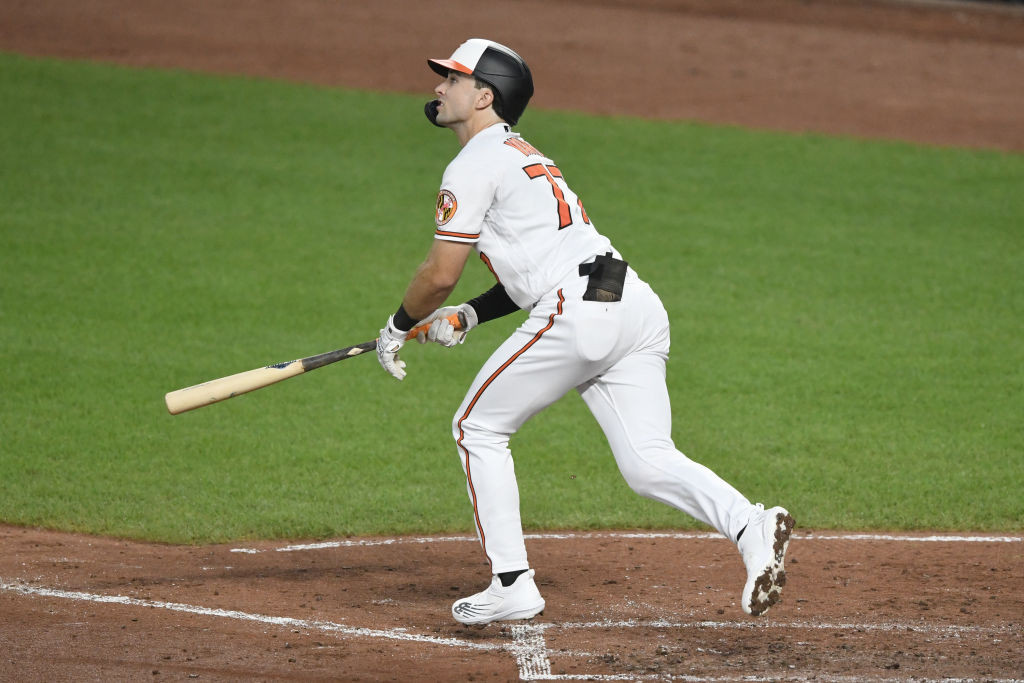 The Orioles have made two moves since the last time that I speculated on the position-player half of the 26-man roster, acquiring first baseman/outfielder Ryan O’Hearn from the Royals on Tuesday for cash considerations and designating him for assignment on Thursday while claiming first baseman Lewin Díaz off waivers from the Braves.

O’Hearn has one minor league option remaining. Díaz has none. Both players fit the profile of a left-handed hitting backup first baseman, though O’Hearn also plays the corner outfield, with 31 of his major league starts coming in right.

The club’s thirst for a left-handed bat probably hasn’t been quenched. I’d be shocked if Díaz is the final acquisition. Then again, I didn’t think he’d be back and O’Hearn would last two days.

The only predictable component of this offseason has been its unpredictability.

Whichever player is able to secure a bench role is doing so at the expense of someone who currently projects as a member of the opening day roster.

While addressing one of their offseason priorities earlier this week, the Orioles created a new question.

Are they done with left-handed-hitting first basemen?

They hadn’t satisfied their craving after claiming Lewin Díaz off waivers from the Pirates on Dec. 2. He was traded to the Braves later in the month.

Franchy Cordero and Josh Lester agreed to a minor league deals in December. They provide depth in camp and perhaps at Triple-A, but the position is relatively new to Cordero.

Ryan O’Hearn, acquired from the Royals Tuesday afternoon for cash considerations, is a first baseman first. He’s made 163 starts and appeared in 185 games at the position over his five major league seasons with the Royals.

The left-handed hitter carousel keeps spinning for the Orioles.

Lewin Díaz has made a full circle, coming back to the organization this afternoon in a waiver claim from the Braves.

The Orioles claimed Díaz from the Pirates on Dec. 2, providing another candidate to back up Ryan Mountcastle at first base, but they designated him for assignment after signing reliever Mychal Givens and traded him to Atlanta on Dec. 23 for cash considerations.

A turbulent winter continues for Díaz, who’s involved in his fourth transaction since the conclusion of the 2022 season.

Ryan O’Hearn is at least temporarily out of the running for the backup job. The Orioles designated him for assignment today to create room for Díaz on the 40-man roster. 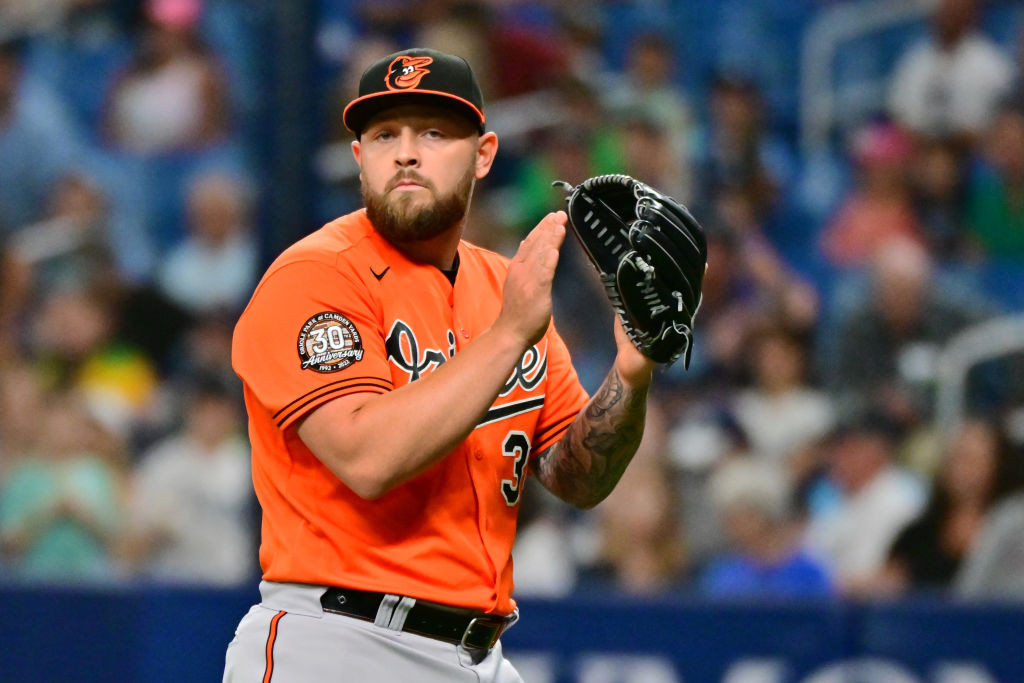 The plate of cookies is empty expect for a few crumbs.

The glass of milk has been drained, leaving those thin lactose lines clinging to the sides.

I can’t resist a late-night snack.

‘Tis the season to be jolly and to run up huge credit card bills. I have some Orioles gift suggestions for any holiday that they celebrate.

For Mike Elias: A starting pitcher and a left-handed hitting first baseman.

Same business on tap for Orioles at Winter Meetings 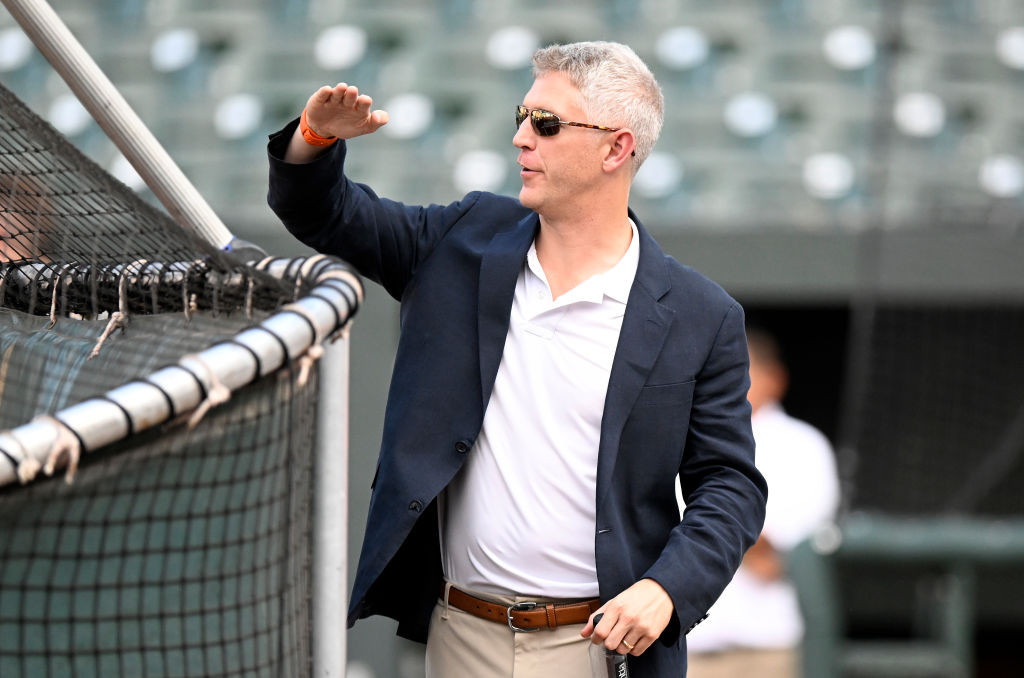 SAN DIEGO – The recent moves made by Orioles executive vice president/general manager Mike Elias haven’t really shortened his offseason shopping list. The biggest items still seem to be missing from it, which keeps the interest in the Winter Meetings percolating.

Kyle Gibson, who agreed to a one-year contract, isn’t a guy who ideally slots at or near the top of the rotation. The Orioles have sought multiple veteran starters after declining Jordan Lyles’ $11 million option. Gibson comes from the Lyles mold.

Grayson Rodriguez is baseball’s No. 1 pitching prospect, but it’s unrealistic to expect him to be the opening day starter. This isn’t Norfolk. Give him time to climb.

Elias is focused on left-handed hitters, specifically first basemen/designated hitters, corner outfielders and second basemen. Lewin Díaz was a waiver claim Friday and Franchy Cordero signed a minor league deal later in the day that pays $1.35 million if he’s in the majors. 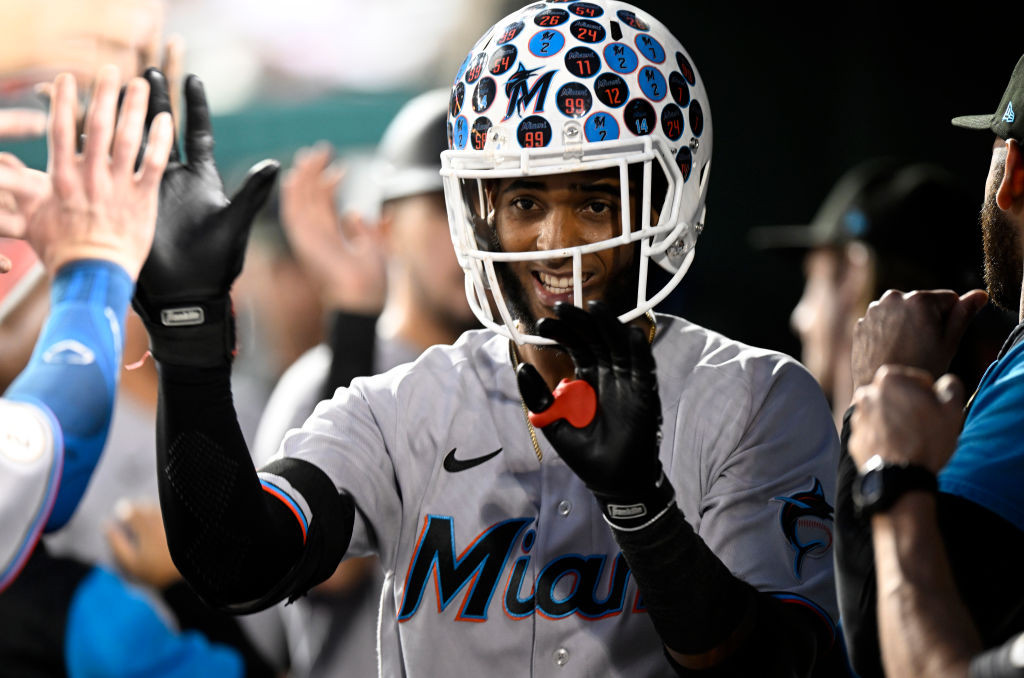 The Orioles are prepared to arrive at the Winter Meetings next week with 37 players on their 40-man roster.

Multiple moves were announced earlier today, with one player joining the organization and two others removed from the 40-man.

The Orioles claimed first baseman Lewin Díaz off waivers from the Pirates. Outfielder Daz Cameron was assigned to Triple-A Norfolk after clearing waivers, and the Phillies claimed outfielder Jake Cave.

Díaz, 26, fits the profile of the left-handed hitting first baseman/designated hitter that the Orioles are shopping for, but they’ll keep checking the market to further address that part of the roster.

The Pirates claimed Díaz from the Marlins on Nov. 22 and designated him for assignment two days ago after signing free agent Carlos Santana. They also traded for first baseman Ji-Man Choi, lessening the chances of Díaz staying with the team.