Looking back at the Josh Bell trade 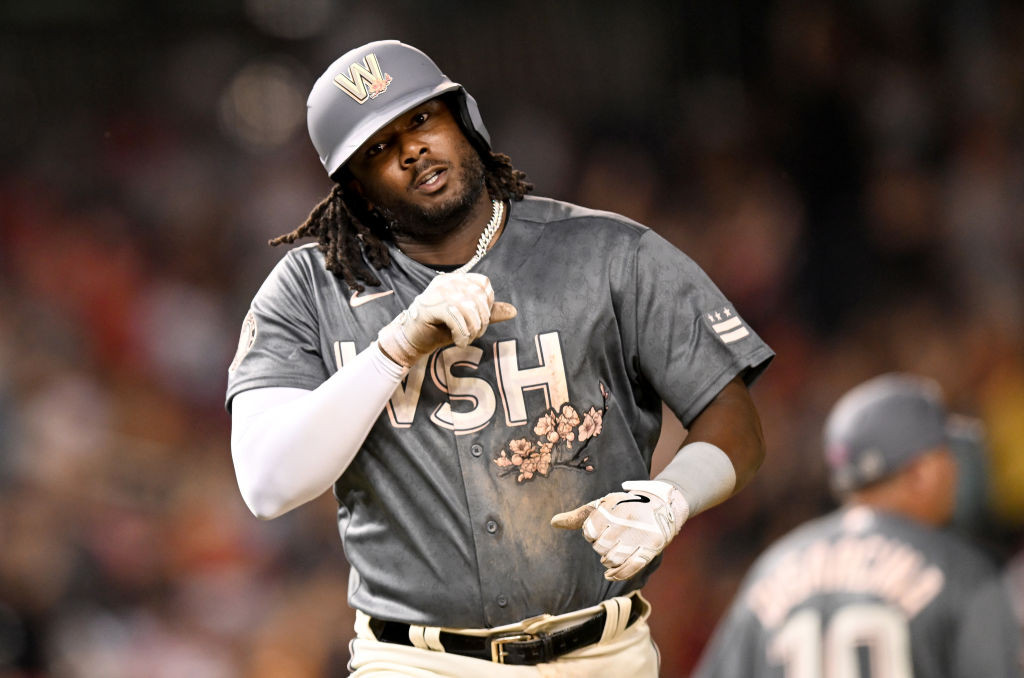 Two years ago today, the Nationals made a surprise acquisition that created a busier Christmas Eve than we were expecting in the D.C. area. General manager Mike Rizzo was able to send two minor league pitchers to the Pirates for All-Star first baseman Josh Bell.

While the timing was surprising, the acquisition itself was not. The Nationals had made the first baseman a potential trade target for a while, with the expectation at the time being he would get a majority of the starts at first while Ryan Zimmerman would be the backup if he returned for his 17th campaign after sitting out the pandemic-shortened 2020 season.

Rizzo won praise for the early Christmas present to Nats fans in acquiring a power bat to provide protection for Juan Soto and Trea Turner in the lineup with two years left of team control and without giving up any top prospects. At the time, the Nats’ most coveted prospects were Cade Cavalli, Jackson Rutledge, Carter Kieboom and Yasel Antuna.

Only Wil Crowe and Eddy Yean were required to bring Bell to Washington. At the time, Crowe was 26 years old and the Nats’ No. 4 prospect, per MLB Pipeline, and Yean was 19 and the club’s No. 6 prospect.

Crowe had made his major league debut that summer, posting an 11.88 ERA and 2.640 WHIP in 8 ⅓ innings over his three starts. A second-round pick in 2017 out of South Carolina, the right-hander was expected to compete as a rotation depth piece the following spring. 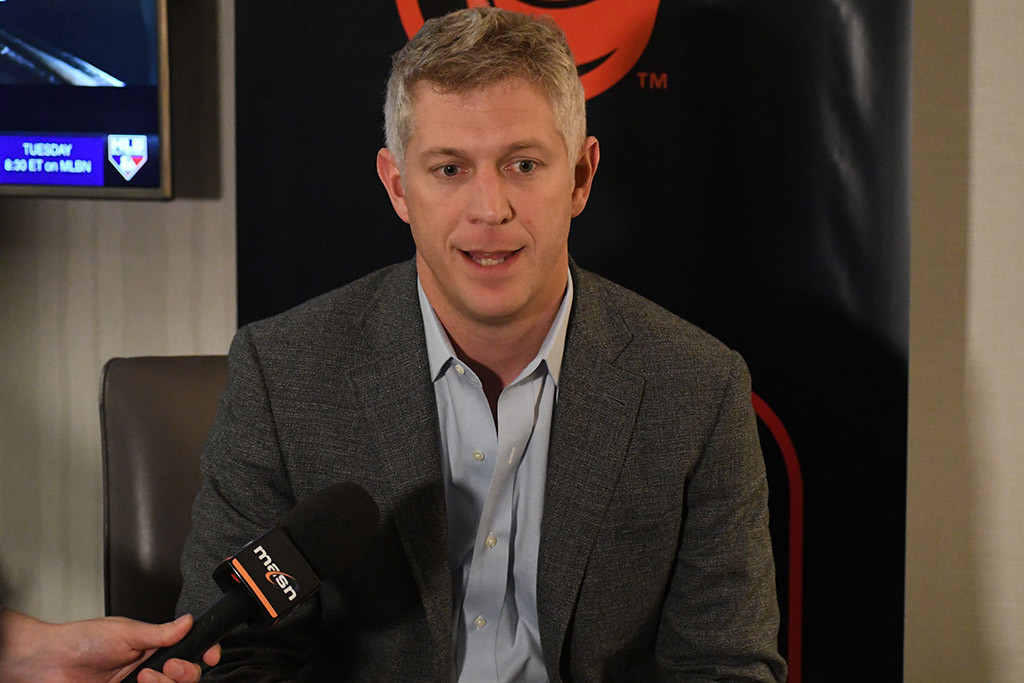 SAN DIEGO – The Orioles will return home from the Winter Meetings on Thursday satisfied with the advancements made in trying to improve their roster. To find another starting pitcher and some left-handed bats.

They just won’t have the bodies to show for it unless something breaks soon.

“I don’t know that we’re any closer to any acquisitions than we were at this time last night or this morning, but a lot of info’s come in, a lot of conversations have taken place,” Elias said during his last media session inside his suite at the Manchester Grand Hyatt.

“We still have a great deal of players out there. This is just really the beginning of the offseason. Whether or not something comes together in the next day or two, I think there’s a lot of information to claim here today.”

Elias said he views these meetings as more of “an information gathering event, first and foremost.” But if there’s an opportunity to make a move for a player, “we’ll get into that competition.” That’s how the Orioles reached an agreement Saturday with starter Kyle Gibson, becoming more aggressive before boarding a flight to San Diego and more bidders began to surface.

Just because it's the All-Star break that doesn't mean teams can't make roster moves and trades this week, although Major League Baseball probably prefers no major moves are made to take attention away from its midsummer showcase of the sport's best players. Commissioner Rob Manfred doesn't have to worry about that because this move won't be headline news as the All-Star Game gets underway later tonight: The Nationals have traded left-hander Kyle Lobstein (who was designated for...
Continue reading
0 Comments
Tags:
bobby blanco kyle lobstein milwaukee brewers nationals nationals pastime trades featured_sidebar
Facebook Twitter LinkedIn Pinterest
0 Comments

Do Nats have the elite prospects needed in a big trade?

Mike Rizzo has never been shy about dealing away top prospects in exchange for big-name players who could immediately help his Nationals win. This is the general manager, after all, who dealt away Lucas Giolito, Reynaldo LÃ³pez and Dane Dunning for Adam Eaton prior to the 2017 season and then that summer dealt JesÃºs Luzardo and others to the Athletics for Sean Doolittle and Ryan Madson. But those two headline-makers represent the last time the Nats have traded away elite prospects for...
Continue reading
0 Comments
Tags:
cade cavalli carter kieboom jackson rutledge luis garcia mark zuckerman mike rizzo nationals nationals pastime trades victor robles featured_sidebar frontstory_nationals2
Facebook Twitter LinkedIn Pinterest
0 Comments

Do the Nats have the prospects to pull off a winter blockbuster?

We've talked a lot so far this offseason about the options available to the Nationals via free agency, whether the big-name starting pitchers, the veteran catchers or the left-handed first basemen and relievers currently out there for the taking. There is, of course, another method for acquiring big league players who can make an immediate impact: a trade. Mike Rizzo certainly hasn't been averse to pulling off a winter blockbuster. Go back to December 2011, when he sent four prospects (A.J....
Continue reading
0 Comments
Tags:
carter kieboom juan soto mark zuckerman mike rizzo nationals nationals pastime trades victor robles featured_sidebar frontstory_nationals3
Facebook Twitter LinkedIn Pinterest
0 Comments

How much are Nats willing to give up in a blockbuster trade?

There's been a lot of chatter already this offseason about blockbuster trade possibilities, with White Sox ace Chris Sale at the top of the list and the Nationals among the clubs widely speculated to be contemplating a deal for the left-hander. It's a long and winding path, of course, to get from the kind of preliminary chatter we've heard so far to an actual trade taking place. The same applies to any other possible big-name players the Nats may or may not be intrigued by this winter, such...
Continue reading
0 Comments
Tags:
lucas giolito mark zuckerman mike rizzo nationals nationals pastime reynaldo lopez trades trea turner featured_sidebar frontstory_nationals3
Facebook Twitter LinkedIn Pinterest
0 Comments

What's your Black Friday shopping wish for the Nationals?

It's Black Friday, which means around the country people stayed up all night so they could fight off their fellow citizens with sticks trying to snag a cheap television or washing machine or Tickle Me Elmo or whatever it is people fight each other over these days. (Suffice it to say, I don't know a thing about any of this. I prefer to do my shopping at 11 a.m. on random Tuesdays, when nobody else can get in your way.) But I guess Black Friday is a big thing for many because it presents the...
Continue reading
0 Comments
Tags:
free agency mark zuckerman nationals nationals pastime trades featured_sidebar frontstory_nationals3
Facebook Twitter LinkedIn Pinterest
0 Comments

Nats reacquire Burnett, could use lefty in bullpen for stretch run

ATLANTA - The Nationals have reacquired Sean Burnett and could give the veteran left-hander a chance to pitch out of their bullpen down the stretch, four years after he last donned a curly W cap for a big league game. Burnett has been acquired in a trade with the Twins for cash considerations and will report to Triple-A Syracuse today, the Chiefs announced, but he could be in line to join the major league bullpen once rosters expand in September. A key member of the Nationals bullpen from...
Continue reading
0 Comments
Tags:
mark zuckerman minnesota twins nationals nationals pastime sean burnett trades nationals farm report frontstory_nationals3
Facebook Twitter LinkedIn Pinterest
0 Comments

Was Guzman-for-Roark the best trade of Rizzo's career?

That Tanner Roark has established himself as one of the best starting pitchers in baseball is remarkable enough, given the right-hander's path to this point: a 25th-round pick in the 2008 draft who didn't make his major league debut until he was nearly 27. That the Nationals acquired this elite pitcher and rotation anchor from the Rangers six years ago in exchange for the final 15 games of Cristian Guzman's career ... well, that's almost beyond comprehension. The Guzman-for-Roark trade...
Continue reading
0 Comments
Tags:
joe ross mark zuckerman mike rizzo nationals nationals pastime tanner roark trades trea turner wilson ramos featured_sidebar gio gonzalez jose lobaton mark melancon frontstory_nationals1
Facebook Twitter LinkedIn Pinterest
0 Comments