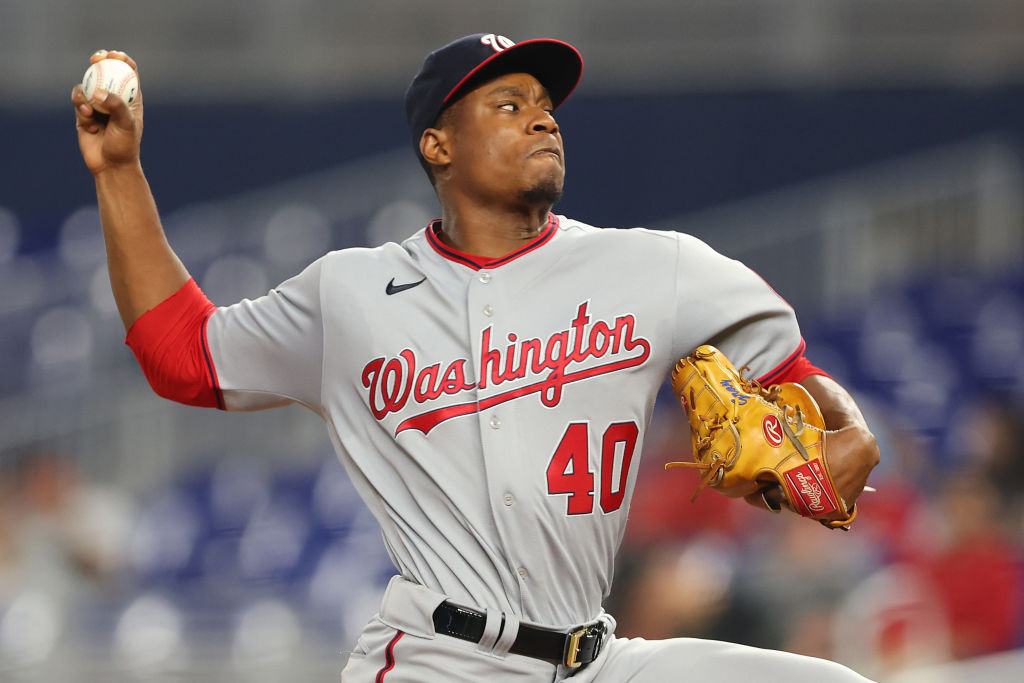 How acquired: Traded with Keibert Ruiz, Donovan Casey and Gerardo Carrillo from Dodgers for Max Scherzer and Trea Turner, July 2021

Where does Barrera stand on Nats' catching depth chart? 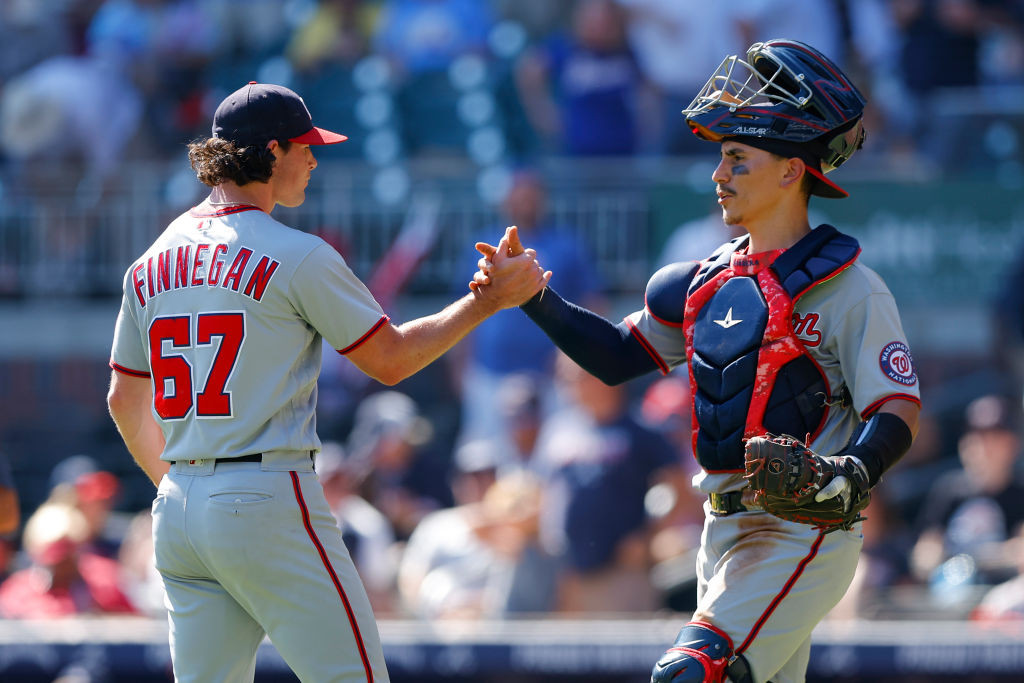 Call was a nice surprise, but enough to bring back in 2023? 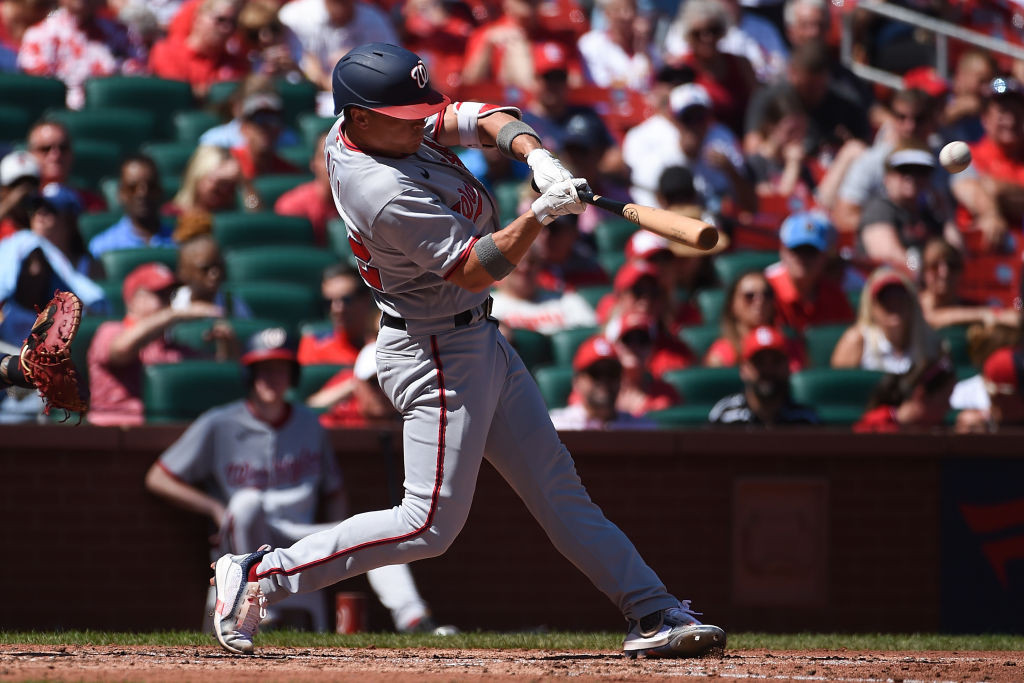 How acquired: Claimed off waivers from Guardians, August 2022

Is Adams assured of No. 2 catcher's job after rough year? 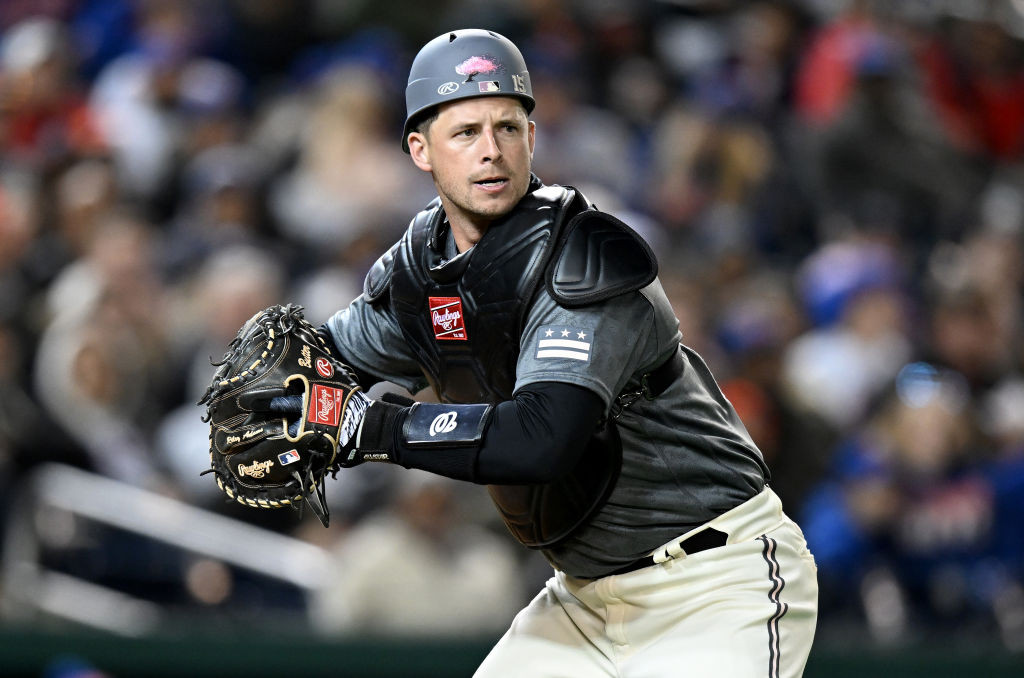 How acquired: Traded from Blue Jays for Brad Hand, July 2021 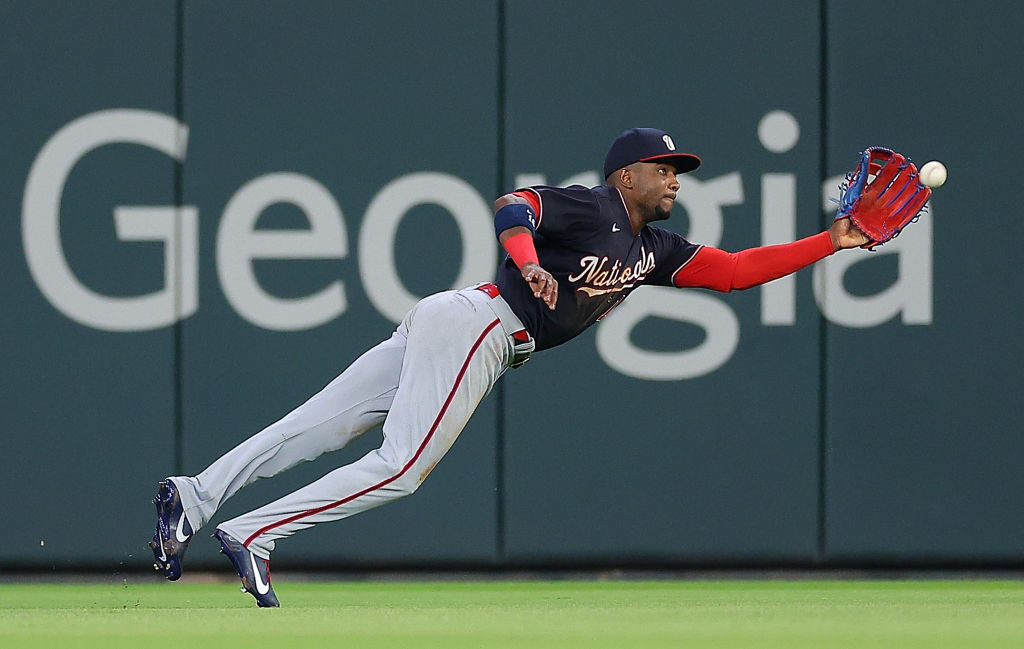 Gold Glove Awards are selected via a combination of analytics and a vote among managers and coaches, all of which are submitted prior to the end of the regular season. The top three finishers at each position in each league are considered finalists, with the winners set to be announced Nov. 1, prior to Game 4 of the World Series.

This is the second time Robles has been named a finalist, coming three years after his breakthrough rookie season in 2019. He stands a good chance of winning this time, given the fact his 12 Defensive Runs Saved led all NL center fielders and ranked behind only the Royals’ Michael A. Taylor (another former teammate) and the Guardians’ Myles Straw among all major leaguers at his position.

Robles also recorded an NL-high seven outfield assists, though he was charged with six errors (also an NL-high).

Do Nats still have room for Hernandez in outfield or on bench? 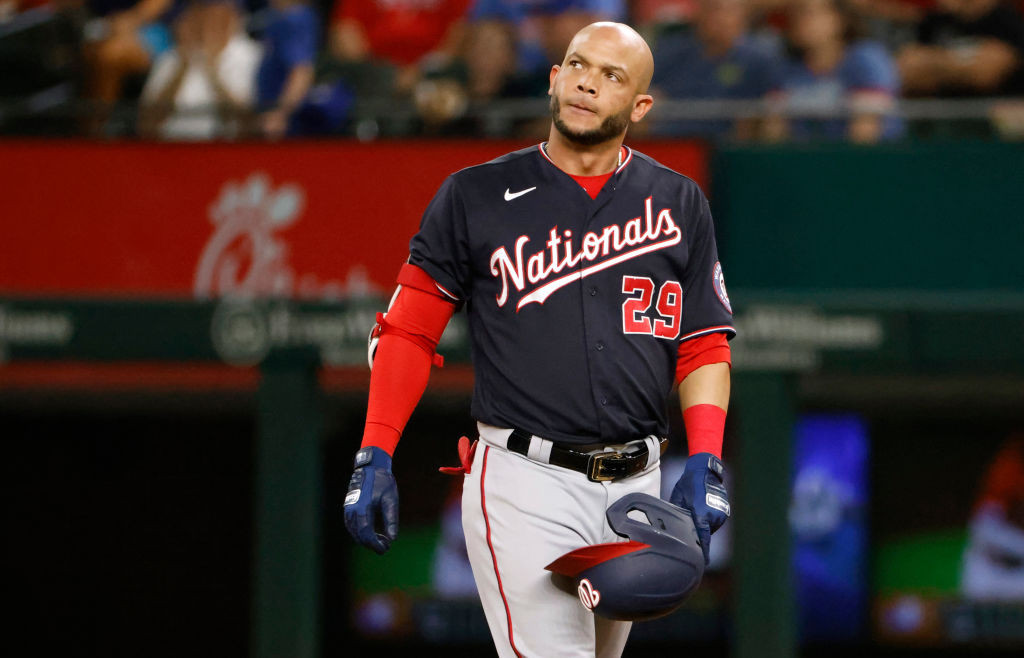 Is there any reason to believe Cruz could rebound in 2023? 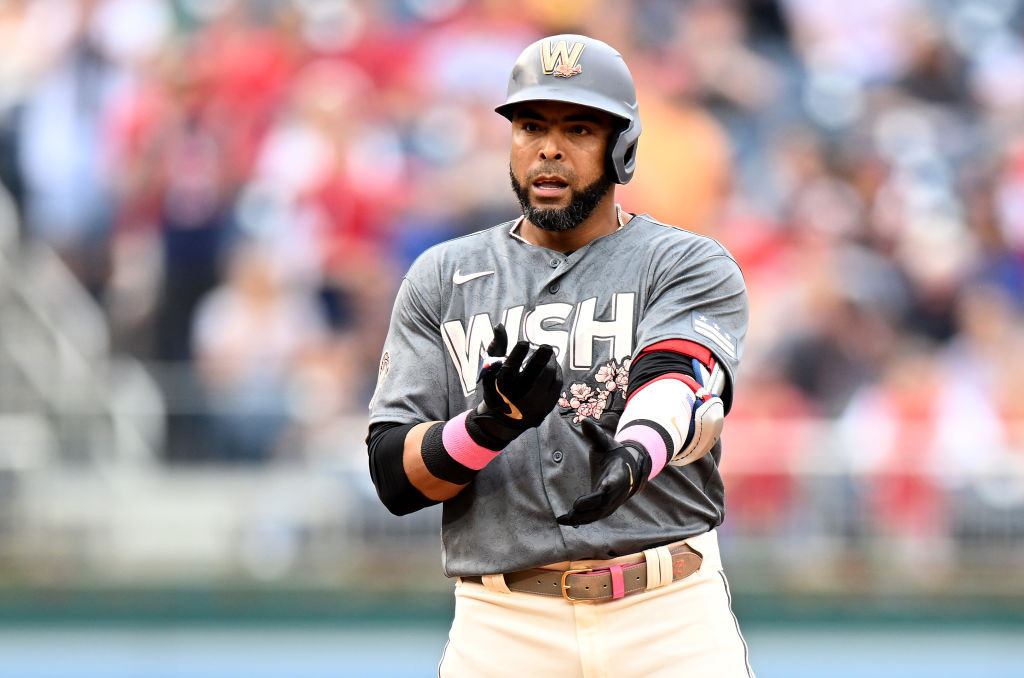 Nats still trying to get Robles back to 2019 form 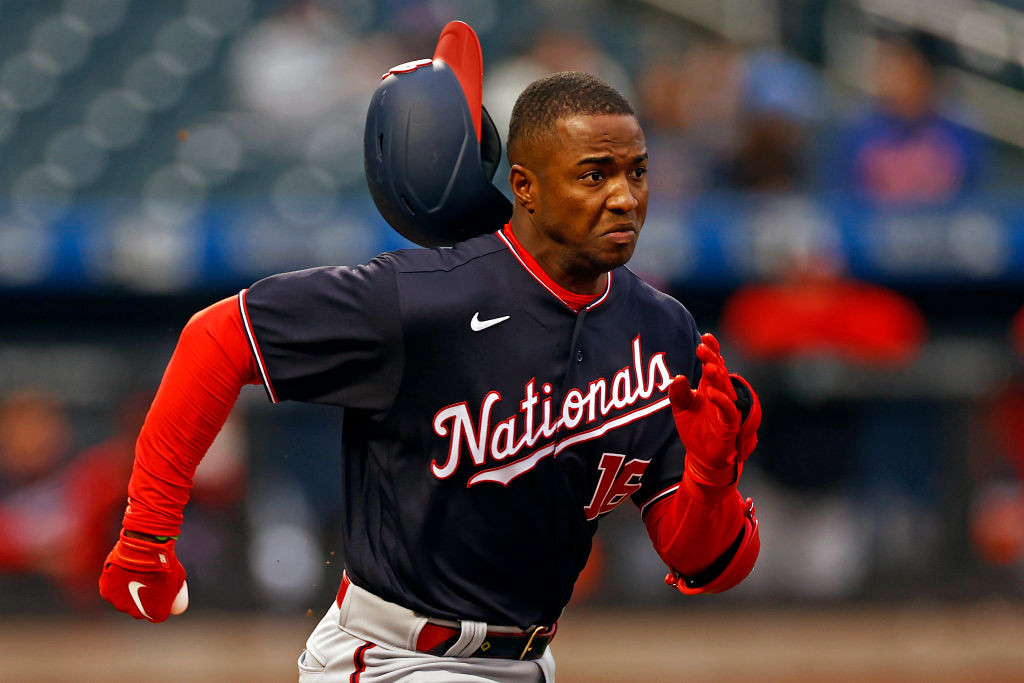 Thomas got better as season wore on, now needs consistency 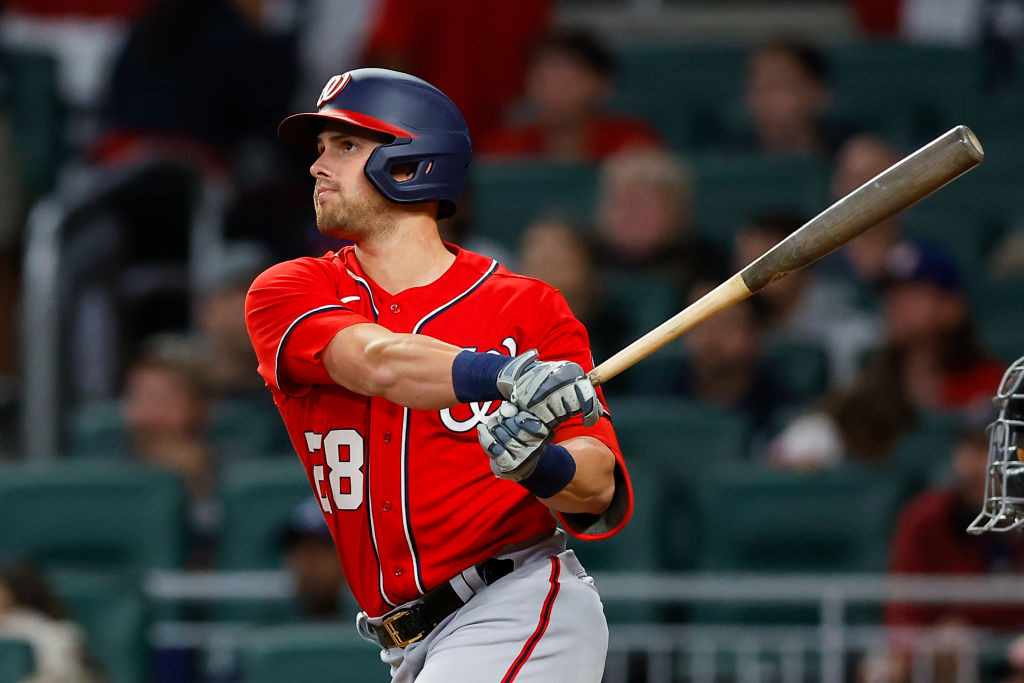 How acquired: Traded from Cardinals for Jon Lester, July 2021 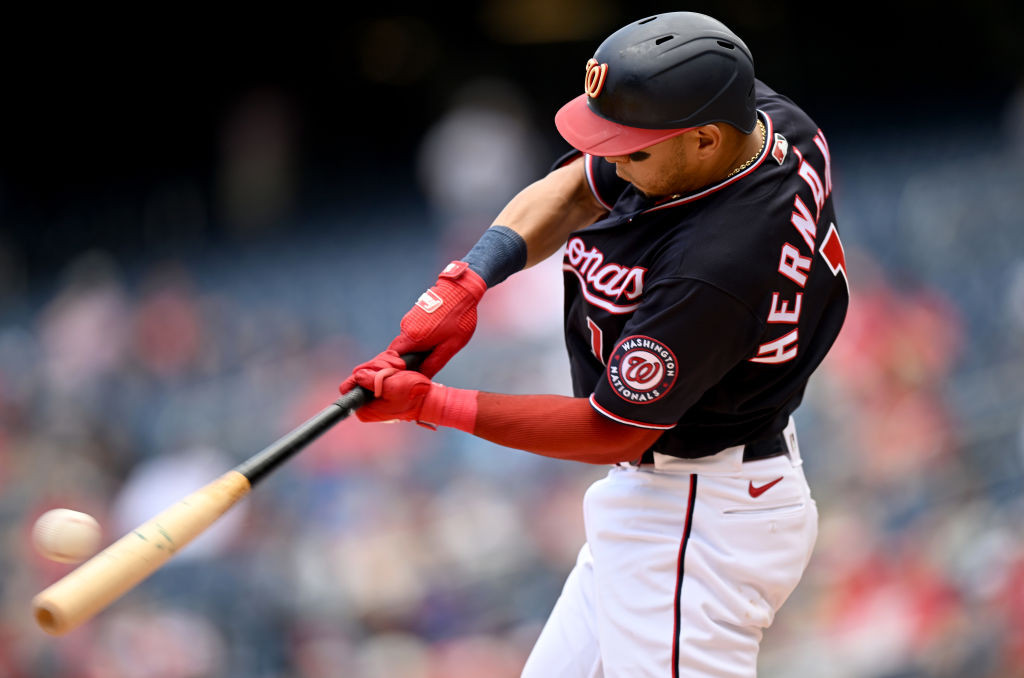 Did surprising Vargas play himself into a role for 2023? 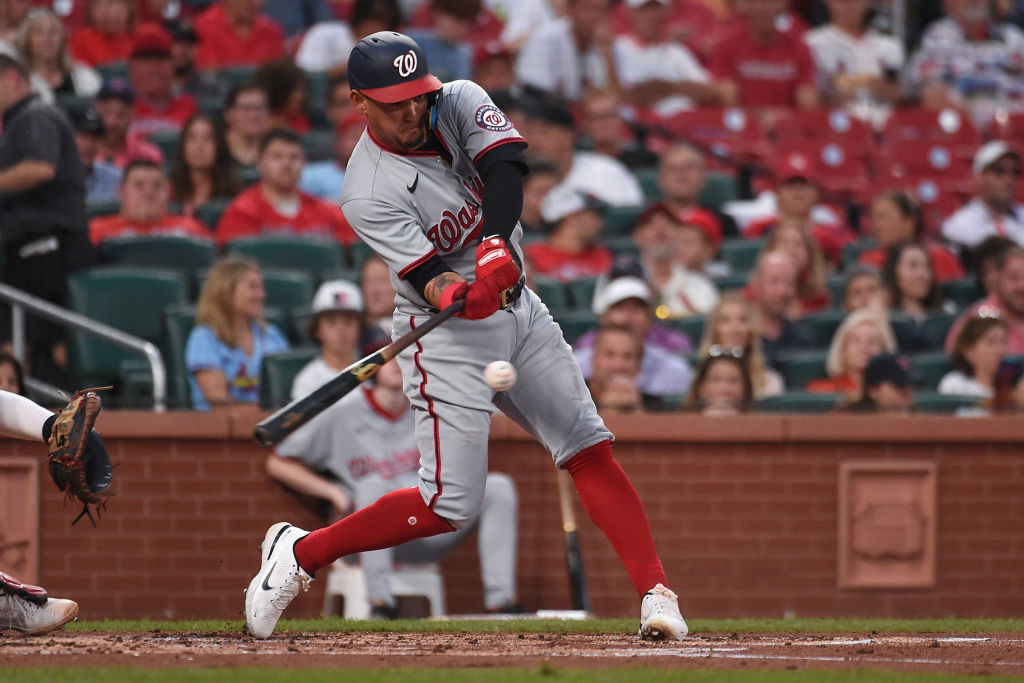 How acquired: Signed as minor league free agent, May 2022

Ruiz impressed in first full season, with room to grow 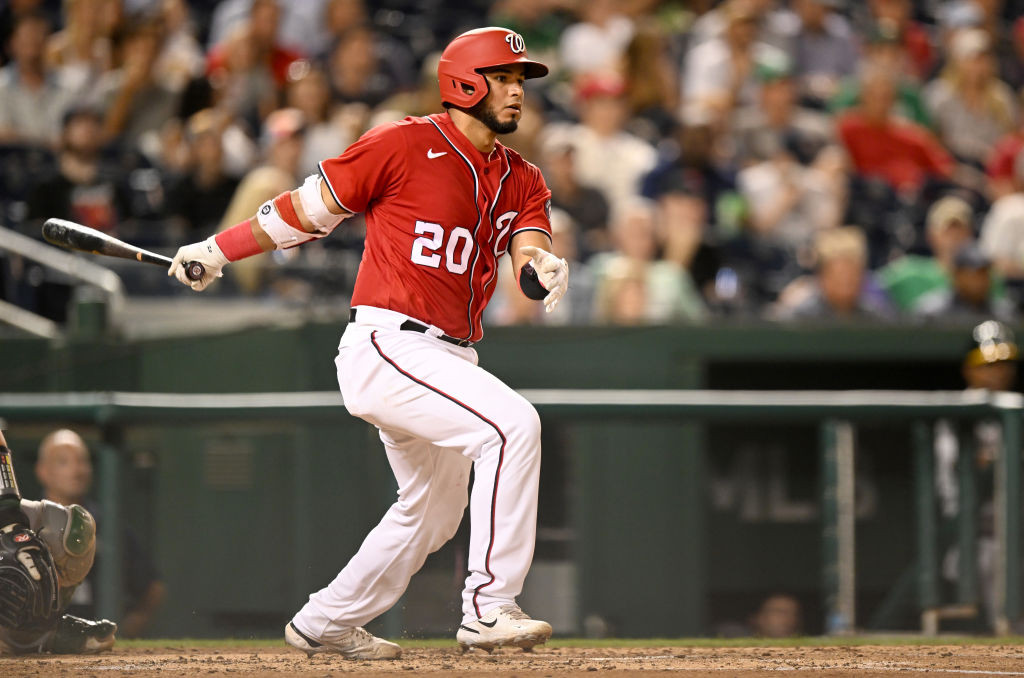 How acquired: Traded from Dodgers with Josiah Gray, Donovan Casey and Gerardo Carrillo for Max Scherzer and Trea Turner, July 2021 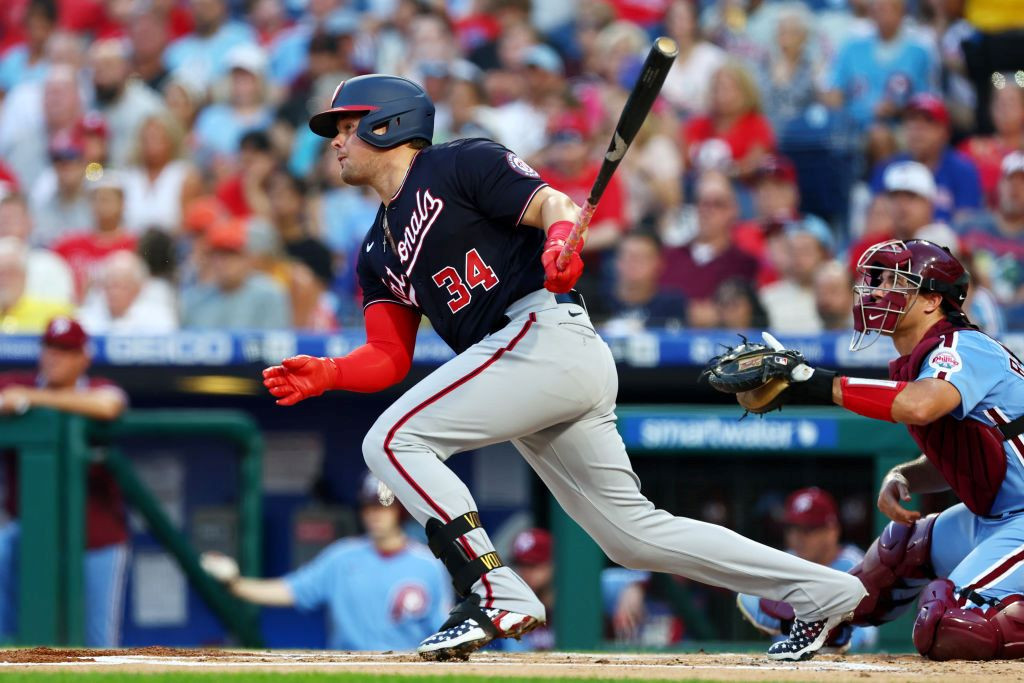 Strong down the stretch, Abrams looks like a keeper 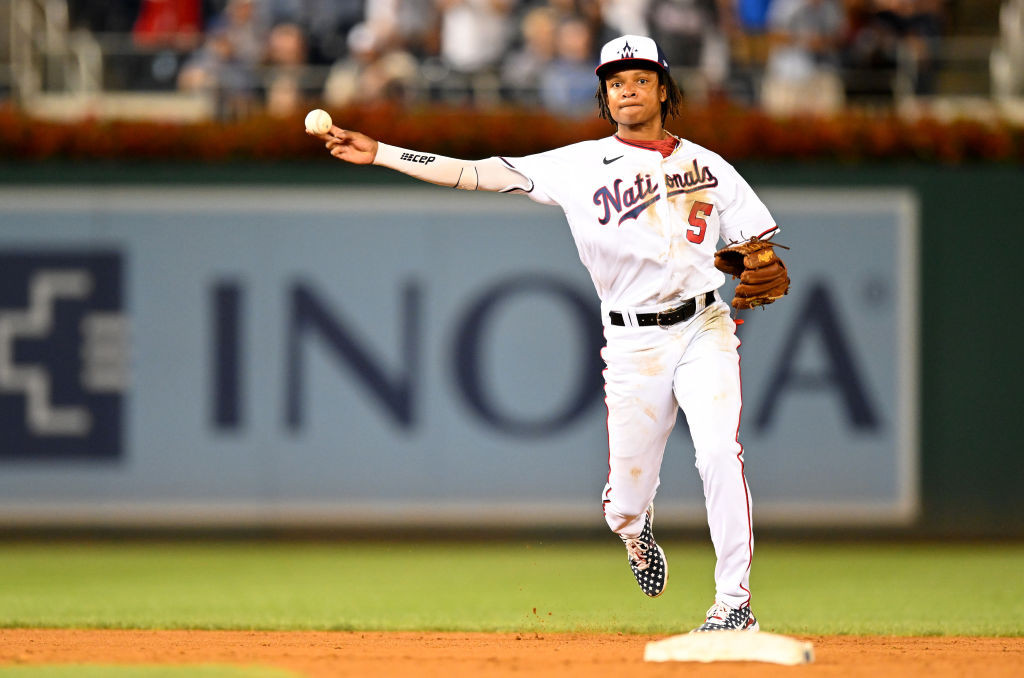 García made strides at plate, proved better at second base 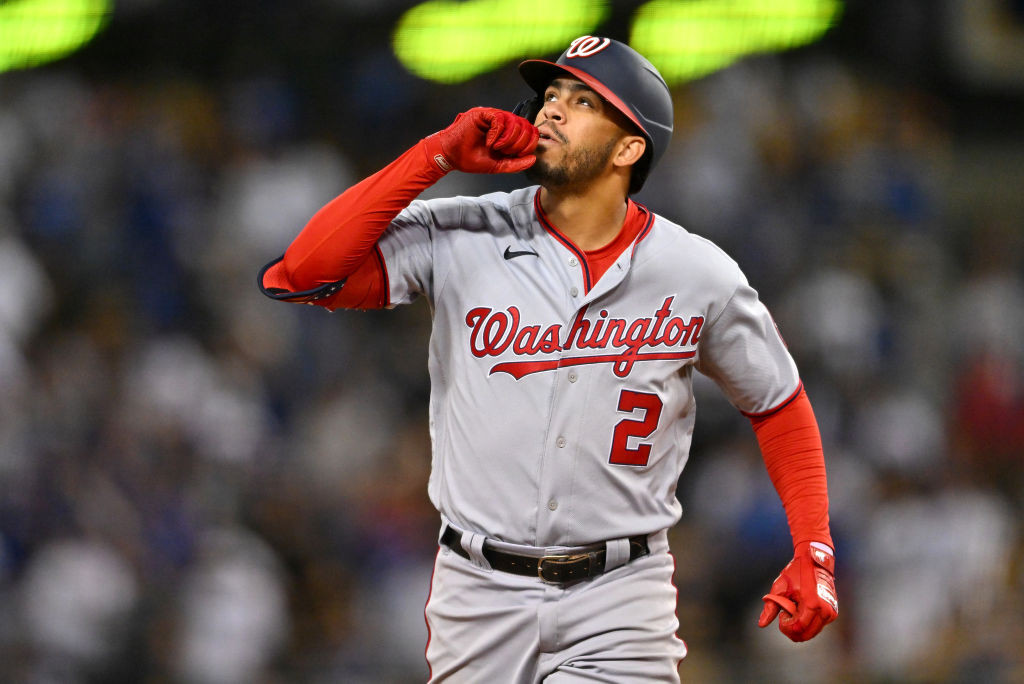 After historic debut, will Meneses prove he's the real deal? 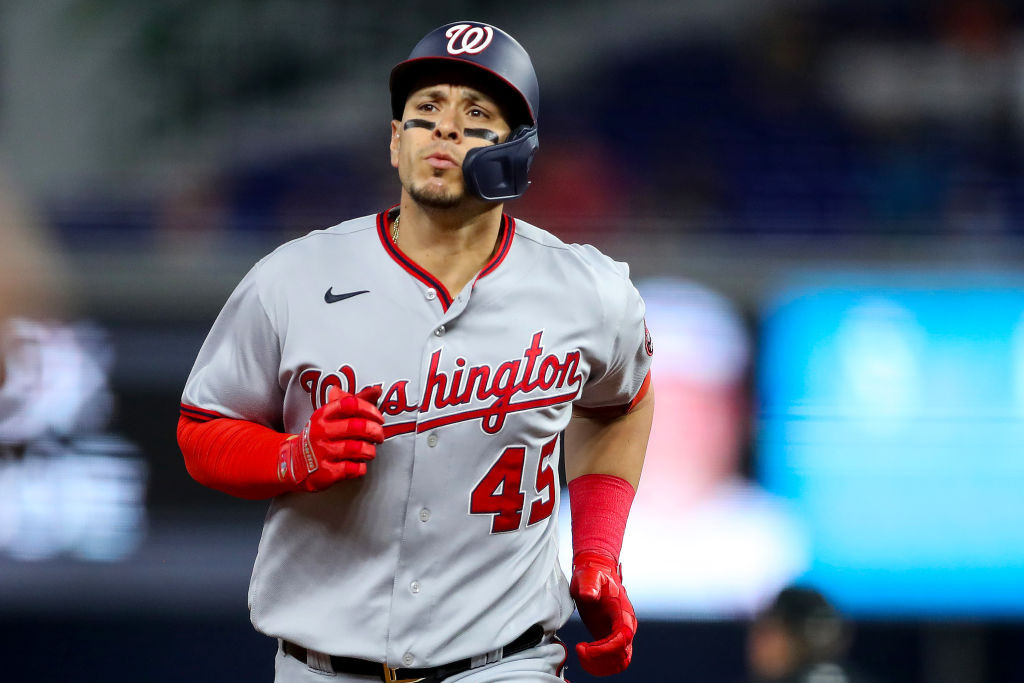 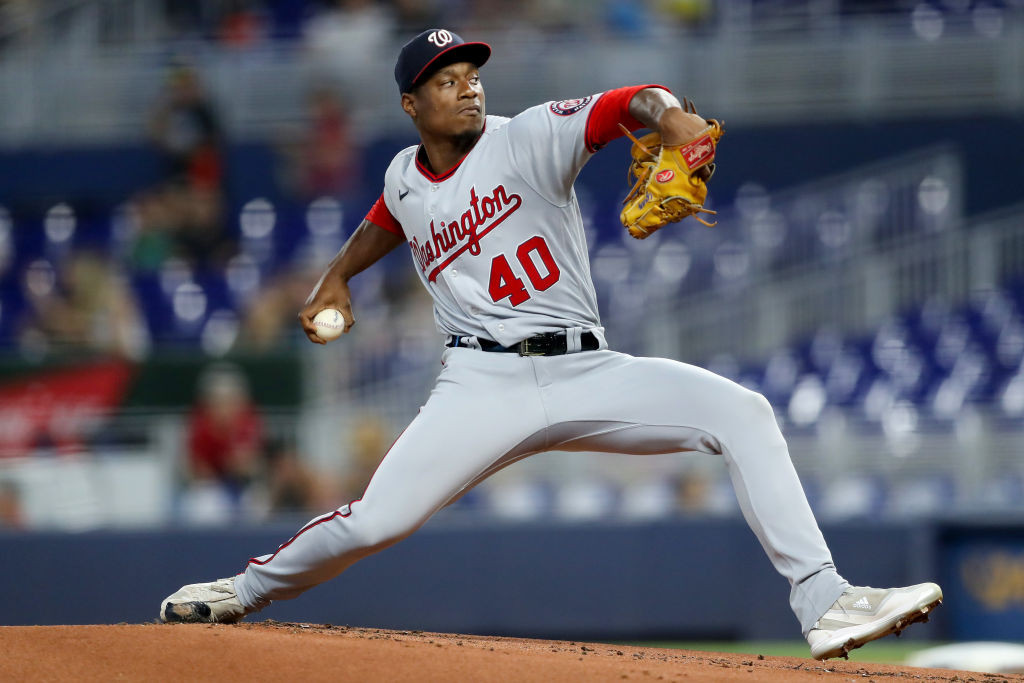 We always knew the Nationals weren't going to be good this season. We just had no idea how bad it would get, not only in terms of their 55-107 record, but the fact they traded Juan Soto in early August in an attempt to completely revamp their farm system.

Sometimes, it's tougher to predict how a bad season will play out than a good one. That certainly was the case for me and my colleagues on the Nationals beat, who attempted way back on April 7 to guess how things would go this year and in most cases failed miserably.

There were a few spot-on predictions, but plenty more swings and misses, as you'll see below. As has been our tradition since we first made these predictions in 2010, we always come back to revisit them after the season ends, just to show everyone out there how misguided we were all along ...

How much has the Nationals' farm system improved? 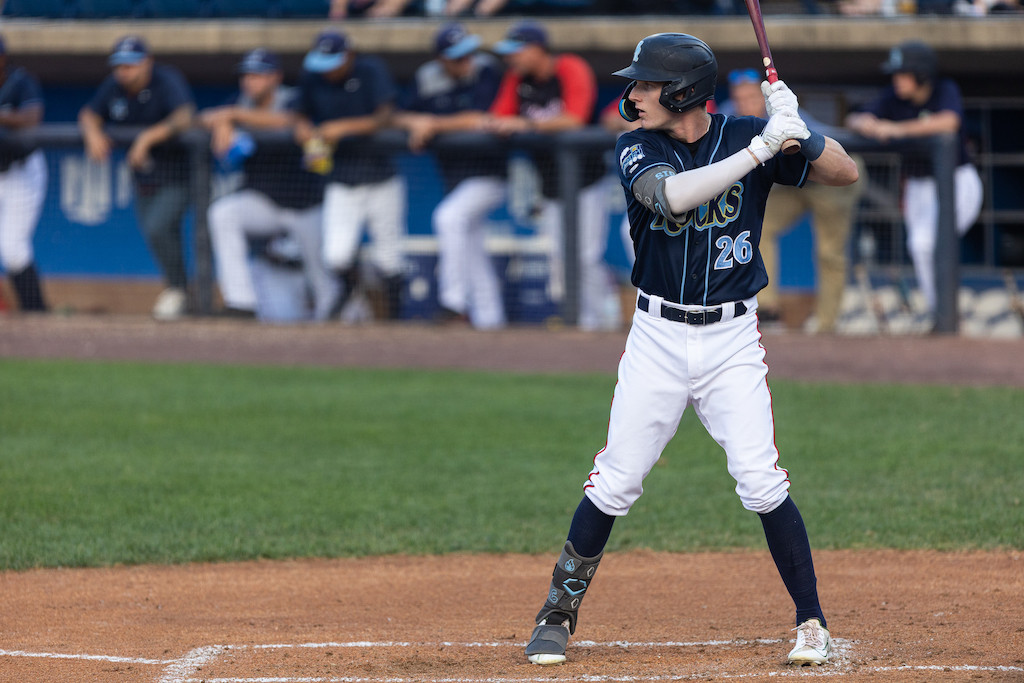 It certainly was a season of improvement, not that the organization had anywhere to go but up.

The Nats entered 2021 with the lowest-ranked farm system in baseball according to MLB Pipeline. They moved up from No. 30 to No. 23 entering 2022, thanks to their July trades of Max Scherzer, Trea Turner and others, plus the drafting of Brady House and signing of top Dominican prospect Cristhian Vaquero.

Then came the 2022 trade deadline, and the blockbuster deal that sent Juan Soto and Josh Bell to San Diego for six players, five of whom were among the Padres’ top ranked prospects. That influx of talent, coupled with the drafting of Elijah Green, brought the Nationals’ ranking up to No. 15, the highest this system has been regarded in some time.

“I think our system’s different right now than it was a year ago,” general manager Mike Rizzo said. “I think it’s deeper. We’ve had two what I believe are successful trade deadline acquisition periods. We’ve had two successful drafts. We’ve done a good job in the international market. I think that our prospect depth is as good as it’s ever been here in the organization, and I think that the upside of our prospect list is probably the highest it’s ever been.”

After miserable season, Nats have much work to do 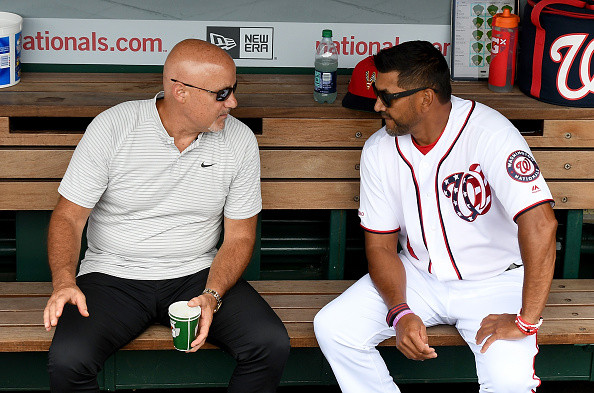 NEW YORK – There is no way to sugarcoat a 55-107 season, no silver lining to setting a club record for losses, no justifying the worst record in baseball.

Oh, and they also traded away a 22-year-old generational star, not because they didn’t want him, but because they believed it was the only way they could restock a farm system that was barren because of their own inability to draft and develop future big leaguers over much of the last decade.

How could the Nationals try to claim the 2022 season was successful? They can’t.

What they can do, and what they are trying to do, is believe this rock-bottom season was a necessary step toward something better in the future. That by losing to this extent now and refocusing efforts on rebuilding that barren farm system, they will be in a better position to win again sooner than they would be if they didn’t take this drastic step backward. 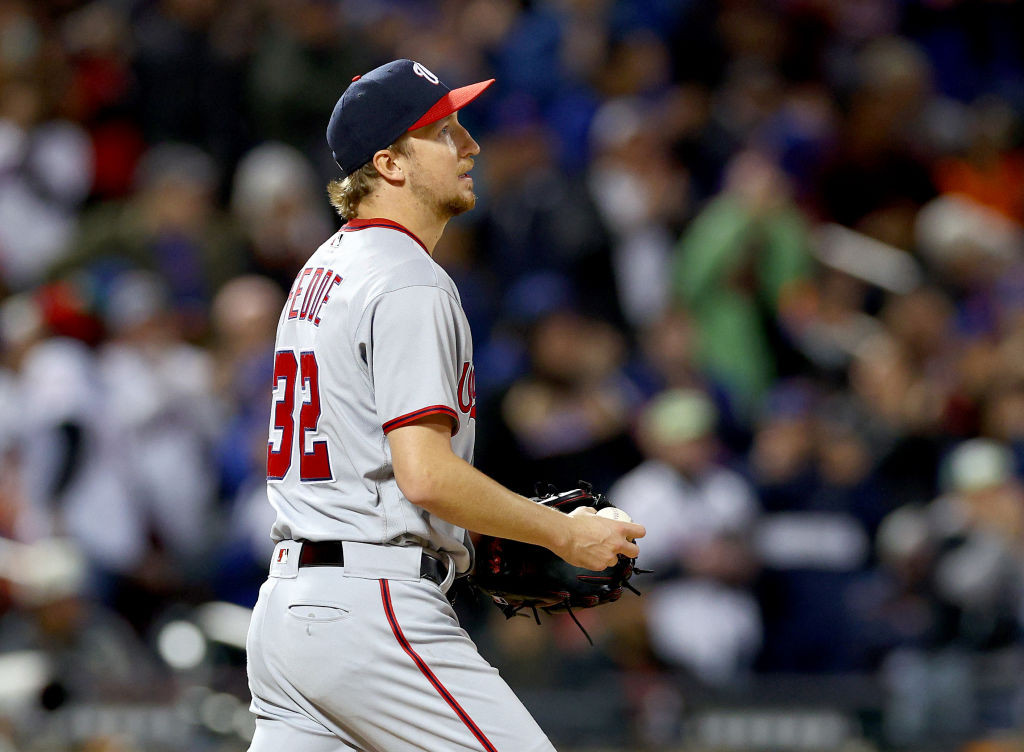 NEW YORK – The worst season in Nationals history ended tonight with another rain delay, another disastrous performance by a starting pitcher and another lopsided loss to a division opponent.

A 9-2 loss to the Mets in Game 162, which began 1 hour and 51 minutes late due to rain, almost felt too appropriate to be true.

It was a fitting conclusion to a miserable season for the Nationals, who finish with a 55-107 record, worst since the franchise arrived in D.C. in 2005.

That includes an abysmal 17-59 record against NL East opponents, a .224 winning percentage that is now the lowest for any major league franchise since divisional play began in 1969, a mark previously held by the 1987 Orioles, who went 18-60 in the AL East for a .231 winning percentage. They were a far more respectable 38-48 against everyone outside the division.

"Our season's over right now, for the players," manager Davey Martinez said. "But the work is just beginning for myself, (general manager Mike Rizzo) and the front office. We've got a lot of work to do. I'm looking forward to this winter, getting things done, and then getting ready for spring training."